The decisions are Dyer v. Amchem Products Inc., Killian v. A.C. & S. Inc., and Pomponi v. A.O. Smith Water Prodsucts Co.[1] In all three matters, defendant American Biltrite Inc. sued for its Amtico brand floor tiles and was granted summary judgment because, despite allegations of asbestos exposure from work with its tile, it was able to prove that its product could not have caused the plaintiffs to experience a dose of asbestos sufficient to cause lung cancer.

All three matters were reversals of the New York County Supreme Court's prior denials of summary judgment in In re: New York City Asbestos Litigation.

As discussed in greater length below, these decisions could significantly change the game regarding how asbestos matters — particularly lung cancer matters — are handled at the summary judgment stage. Plaintiffs' burden of proof on causation is now more specific and potentially more difficult, making certain types of low-dose asbestos matters more defensible pretrial than they had been previously.

The dose/causation issue arose in April when the New York Court of Appeals issued a seminal decision in Nemeth v. Brenntag North America.[2]

There, the court affirmed its commitment to its 2006 decision in Parker v. Mobile Oil Corp., holding that in any toxic tort matter, including those involving asbestos, plaintiffs must prove that a particular toxin is capable of causing a particular disease — i.e., general causation — and additionally that a plaintiff was exposed to a sufficient quantity of the toxin from the defendant's product to cause the relevant illness, i.e., specific causation.

To briefly recap Nemeth, the plaintiffs relied upon the testimony of geologist Sean Fitzgerald to establish specific causation. To do so, Fitzgerald conducted what he deemed a glove box test to measure the quantity of asbestos released into the atmosphere from use of the cosmetic talc products at issue.

The court deemed that because the test did nothing to address how much asbestos, if any, would have been released into the plaintiff's zone of breathing, the plaintiff was therefore unable to establish specific causation, reversing a jury verdict and dismissing the plaintiff's case against cosmetic talc supplier Whittaker Clark & Daniels.

The Nemeth court additionally noted that the plaintiff's experts had failed to establish an expression of what quantity was required to cause that plaintiff's asbestos-related disease — specifically, peritoneal mesothelioma.

In all three of the Amtico cases, defendant Amtico moved for summary judgment on the basis that it had made out a prima facie case that the plaintiff was not exposed to sufficient quantities of respirable asbestos fibers from Amtico floor tile to cause lung cancer.

To prove its case, Amtico relied on a simulation study conducted by industrial hygienist John Spencer, which involved a worker who cut and snapped Amtico floor tiles in an isolation chamber, simulating a regular work shift for a similarly situated floor tile installer.

The studies showed that the sample floor tile installer would have been exposed to less than 0.00044 fibers per cubic centimeter, which, based on studies, allowed Amtico's expert to conclude that the plaintiff's time-weighted, average exposure to chrysotile asbestos was below the Occupational Safety and Health Administration's permissible exposure limit of 0.1 f/cc, and similar to the lifetime cumulative exposure that the general public is exposed to in ambient air.

The appellate court ruled that conclusions of Amtico's expert that the plaintiff's exposure from Amtico tiles did not elevate his risk of contracting lung cancer above the risk posed by the general environment was sufficient to satisfy Amtico's prima facie burden at the summary judgment stage.

In making its decisions, the court highlighted the distinction between Amtico's test — which it deemed sufficient to demonstrate exposure — and the glove box test used by the plaintiffs in Nemeth, which was deemed insufficient to show respirable exposure.

Whereas the Nemeth glove box test merely showed the magnitude of asbestos fibers possibly released into the environment from use of the product — cosmetic talc powder — here, Amtico's test provided for the placement of air cassettes designed to capture asbestos fibers in the test subject's breathing zones.

The plaintiff attempted to create issues of fact by relying on an expert report from Dr. Mark Ellis Ginsburg.

Ginsburg opined that there was "'no safe minimum level of exposure to asbestos with respect to lung cancer'" and relied on studies showing that "'manipulation of asbestos containing floor tiles can result in the release of asbestos fibers into the ... environment'" at levels far greater than ambient levels of exposure.

He further opined that visible dust is indicative of fiber release at dangerous concentrations.

While the appellate court accepted that Ginsburg had properly shown that work with floor tiles could potentially release asbestos fibers into the air at substantial concentrations, it still found that the report was insufficient to create an issue of fact because the report did not provide any expression of the levels of asbestos exposure known to cause lung cancer, or that any of the plaintiffs in the three cases were exposed to asbestos from Amtico tiles at those levels.

The appellate court reiterated the ruling in Nemeth that simply pronouncing that manipulation of an asbestos-containing product releases asbestos into the atmosphere greater than ambient levels, and that there is no known safe minimum exposure to asbestos, is insufficient to meet the standards set forth in Parker and its progeny.

As such, Ginsburg, and therefore the plaintiffs, failed to establish the quantity of asbestos exposure known to cause lung cancer and that the plaintiffs were exposed to that quantity from the defendant's product.

There are several takeaways from these decisions that should have a significant impact on asbestos litigation in the state of New York, particularly as it applies to lung cancer matters.

First, these decisions establish that plaintiffs may not simply rely on expert opinions stating that there is no safe minimum level of asbestos exposure, coupled with studies showing that work with certain products could generally release asbestos fibers into the atmosphere at levels greater than what is typically measured in ambient air.

This could potentially present a difficult obstacle to plaintiffs in pursuing future lung cancer matters, because generally lung cancer plaintiffs have relied on the type of reports criticized by the appellate division here, as opposed to reports demonstrating some known level of exposure shown to generally cause lung cancer.

The decisions also reaffirm the requirements set out in Nemeth regarding how exposure tests must be conducted.

Specifically, any test used by either defendants or plaintiffs to establish a person's exposure to asbestos must not only demonstrate a quantity of asbestos released into the atmosphere, but also must make efforts and take steps to demonstrate the amount of asbestos that could actually be inhaled by a potential plaintiff.

Lastly, these decisions represent the first summary judgment cases taken up by the appellate courts in asbestos matters, and firmly establish that causation arguments are appropriate at the summary judgment level, an issue that has been contested by various lower courts over the last five years.

In light of the court's ruling in these three decisions, defendants pursuing summary judgment who can produce a study showing that a particular plaintiff would not have inhaled a sufficient quantity of asbestos to cause lung cancer now have significantly better chances to prevail on causation arguments on summary judgment.

Disclosure: Hawkins Parnell represented Mannington Mills Inc. in an earlier stage of the Dyer v. Amchem Products Inc. litigation. The firm was not involved in the appeal discussed in this article.

The opinions expressed are those of the author(s) and do not necessarily reflect the views of the firm, its clients, or Portfolio Media Inc., or any of its or their respective affiliates. This article is for general information purposes and is not intended to be and should not be taken as legal advice.

[3] Generally, in asbestos matters involving allegations against floor tile manufacturers, Plaintiffs allege that they were exposed to asbestos from snapping or making cuts to floor tiles during the installation process. 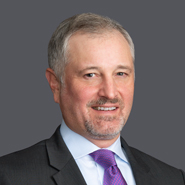