The Missouri Supreme Court issued an order on March 2, 2021, making major changes to the Missouri Rules of Civil Procedure effective September 2, 2021. The changes are significant. Generally, they seem to steer Missouri toward the Federal Rules of Civil Procedure in adopting the proportionality standard, limits on time and amounts of discovery, and other standards related to electronically stored information (ESI).

Missouri’s standard in Rule 56.01 that discovery must be “reasonably calculated to lead to the discovery of admissible evidence” is removed. Rule 56.01(b)(1) will now limit the scope of discovery to information that is not only relevant but “proportional to the needs of the case considering the totality of the circumstances.” The proportionality standard mirrors FRCP 26.

The amended Rule 56.01(b)(2) will require a court to limit the frequency or extent of discovery in particular circumstances if the Court determines that: “(1) the discovery sought is cumulative or duplicative, or can be obtained from some other source that is more convenient, less burdensome or less expensive; (2) the party seeking discovery has had ample opportunity to obtain the information by discovery in the action; or (3) the proposed discovery is outside the scope permitted by [the Rule].”

The impact of the new proportionality standard versus the old “reasonably calculated to lead to discovery of admissible evidence standard” is unknown. Missouri Courts will likely look to the Federal Courts for persuasive authority and guidance.

Limits on the Number of Interrogatories and Requests for Admissions

The amendment to Rule 57.01(a) will limit the number of interrogatories a party can serve to 25, including all discrete subparts. Specifically, as revised, Rule 57.01 (a) states, “Unless otherwise stipulated, ordered by the court, or approved by local rule pursuant to Rule 56.01(b)(6), any party may serve upon any other party no more than 25 written interrogatories, including all discrete subparts.” Likewise, Rule 59.01 now limits the number of requests for admissions to 25.

The limit of 25 interrogatories is subject to a myriad of caveats. For instance, parties can stipulate to a different amount. In addition, if there are court-approved interrogatories (e.g., some Circuit Courts have approved interrogatories for certain categories of cases such as auto accidents), then the limit does not apply. At first blush, the cap of 25 is a big change, but it appears that the Supreme Court has acknowledged this is not a one-size fits all rule and there is a need for flexibility for different types of cases and circumstances.

As revised, Rules 57.03 and 57.04 also impose limits on the length of depositions and the number of depositions that can be conducted, whether by oral or written examination. Each party will be limited to 10 depositions, except by leave of court or stipulation.  There were no time limits for depositions under the old rule.  However, Rule 57.03(b)(4)(A) now limits the time for depositions, stating:

Duration. Unless otherwise stipulated or ordered by the court, a deposition shall be limited to one day of seven hours. The court may allow additional time consistent with Rule 56.01 if needed to fairly examine the deponent or if the deponent, another person, or any other circumstance impedes or delays the examination.

If this sounds familiar, it is the same language contained in FRCP 30(d).

Rule 57.03 (b)(4)(B) is a new rule which appears to broaden the scope of sanctionable conduct for those who “impede, delay or frustrate the fair examination of the deponent.” It states: “Sanction. The court may impose an appropriate sanction, including the reasonable expenses and attorney fees incurred by any party, on a person who impedes, delays, or frustrates the fair examination of the deponent.”  This is probably also covered under Rules 61.01(f), failure to attend own deposition, and (g), failure to answer questions on deposition.

Rule 56.01 has been revised to adopt the federal standard with respect to ESI. This is the first time Missouri’s Rules have explicitly addressed ESI.

Notably, a responding party is not required to produce ESI that is not reasonably accessible because of undue burden or cost. A court may nonetheless order the ESI produced if the requesting party shows good cause.

Perhaps you have had a sinking feeling after you realized you produced privileged information. (Hopefully, not!) The new Clawback Rule adds protections for the inadvertent production of privileged or work-product protected information.

The brand-new Rule 56.01(9)(A) contemplates two situations: (1) when privileged materials are produced and the sender realizes the inadvertent disclosure and notifies the recipient; and (2) when the attorney receives privileged information and he or she has “reasonable cause to believe the information was wrongfully obtained.” This Rule contains strong protections of privileged/work product information.

In summary, these changes make the Missouri Rules Civil Procedure very similar or, in some instances, identical to the Federal Rules. The Order states that the new rules are effective on September 2, 2021. Pursuant to Rule 41.06 these rules will apply to pending cases “except to the extent that in the opinion of the court their application in a particular action pending when the Rules take effect would not be feasible or would work injustice, in which event the former procedure applies.” 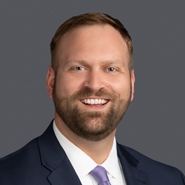