Hawkins Parnell & Young has been recognized by its clients as providing elite, professional, and cost-effective legal representation in litigation, investigatory, and advisory matters involving the employment relationship. We serve Fortune 500 corporations, privately held entities, public employers, and senior company executives as national and regional counsel. Our lawyers have represented clients in litigation and administrative matters in more than 45 states.

Our attorneys include alumni from some of the country’s largest firms and former general counsel and chief litigation counsel from numerous industry leading companies. We leverage those experiences in working with in-house counsel, litigation managers, and human resources departments to provide cost-effective legal services.

Hawkins Parnell has substantial experience litigating complex class-action and collective action cases, both under the Fair Labor Standards Act and similar state laws. Our lawyers have been involved in large employment discrimination and wage-hour matters for decades, and have deep insight into the unique challenges such cases bring with respect to discovery, document management, business disruption, and settlement. The team's experience includes:

Our experience in handling major wage and hour cases is extensive. We litigate and advise clients with respect to the difficult wage and hour issues that face employers.In addition to the class and collective action cases described above, our lawyers regularly represent employers in single-plaintiff FLSA cases, before state and federal compliance agencies such as the federal Department of Labor, California’s Division of Labor Standards Enforcement, and similar state agencies across the country. In addition, the team regularly advises clients on wage and hour compliance issues, assisting them to avoid the very costly litigation that can ensue, and conducting compliance audits of positions and departments. We regularly handle matters involving:

We defend and advise employers faced with claims of illegal discrimination, retaliation, and harassment under federal and state laws. We have served as defense counsel in hundreds of cases and arbitrations alleged under Title VII, the Age Discrimination in Employment Act (ADEA), the Americans With Disabilities Act (ADA), the Family and Medical Leave Act (FMLA), and similar state and local laws, and whistleblower statutes. Our lawyers have handled a number of serious matters under such statutes, including:

Hawkins Parnell is experienced in handling serious and tragic matters involving employee violence, including illegal video surveillance and sexual assaults committed by employees. Our attorneys’ experience in this area has enabled us to handle such cases efficiently, effectively, and without excess negative publicity. We have handled a number of such cases, including:

The group is experienced in drafting, evaluating, and enforcing employment contracts, restrictive covenant agreements, and non-disclosure agreements across the U.S. Our lawyers advise and assist employers in protecting and retaining their most important and confidential trade secret information, customer goodwill, and employees. Hawkins Parnell also advises employers who are considering hiring an employee subject to non-compete covenants as to the enforceability of those covenants and the attendant risks of hiring such individuals. We pride ourselves on providing accurate risk assessments and thinking creatively to allow employers to hire qualified employees without violating legal obligations. Hawkins Parnell lawyers have:

The group also conducts sensitive internal investigations for employers into allegations of employee misconduct, including instances of theft, harassment, and violence. Clients trust our lawyers to investigate fairly and thoroughly, leveraging experience and judgment to find the truth. We have conducted confidential investigations into allegations of executive misconduct implicating Sarbanes-Oxley, racial and sexual harassment, and potential criminal activity.

Hawkins Parnell’s lawyers have extensive experience in representing management in union organizing campaigns, handling arbitrations before the National Labor Relations Board under collective bargaining agreements, and defending unfair labor practices charges. Members of the group have:

Our team sets itself apart from similar practices in other firms because its lawyers try cases to verdict. While we obtain summary judgment for our clients in many of their cases, we have also been fortunate to represent clients who are willing to go to trial to defend their reputation in tough cases where they believe no wrongdoing has occurred. Recent trial successes include:

Our experience does not stop at the trial court level. We have successfully handled, briefed, and argued appeals before federal and state appeals courts on behalf of clients. Our employment attorneys have appeared in eight of the eleven federal Circuit Courts of Appeal, the U.S. Supreme Court, and multiple state Courts of Appeal. Examples of recent appellate victories include: 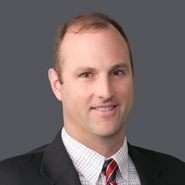