The appeals court turned down arguments by the plaintiff in the underlying suit that applying the pollution exclusion would disregard the historical purpose of similar exclusions and violate Georgia public policy.

It said the Georgia Supreme Court had already considered these arguments in Reed v. Auto-Owners Insurance Co. and found that a similar pollution exclusion denied coverage for a suit involving carbon monoxide poisoning.

"Under Georgia law, carbon monoxide is a pollutant," the appeals court said in its ruling.

Scottsdale won the panel rehearing after arguing that the Eleventh Circuit applied the wrong pollution exclusion in January, when it reversed a Georgia federal court's ruling on the issue.

That pollution exclusion was for bodily injury or property damage from pollutants to sites that are owned, occupied, rented or loaned to the insured, according to Scottsdale. The Eleventh Circuit ruled in January that this pollution exclusion didn't apply because Scottsdale's insured did not own the boat where the carbon monoxide poisoning occurred.

But Scottsdale pointed out in a brief requesting a rehearing that the lower court and all parties had agreed that the total pollution exclusion endorsement was actually the exclusion at issue.

The insurer launched the suit to avoid covering a boat mechanic against claims that he negligently failed to seal a boat engine's exhaust system, a mistake that allowed carbon monoxide to seep into the cabin and kill the underlying plaintiff's husband.

While the Eleventh Circuit changed its mind on the pollution exclusion front, it stuck by its earlier ruling that the boat mechanic's CGL policy did not cover a claim for loss in property value.

The policy's property damage provision covered physical injury to the boat or loss of use of the boat, not diminished value claims, the appeals court said.

The decision comes just a couple of months after Georgia's Supreme Court issued a rare ruling, finding that in some cases, property insurance policies can cover loss of property value in addition to the cost of repairs.

Attorneys for the parties were not immediately available for comment Tuesday.

U.S. Circuit Judges Adalberto Jordan and James Hill and U.S. District Judge B. Avant Edenfield, sitting by designation from the Southern District of Georgia, sat on the appeals panel.

The underlying plaintiff is represented by Terry Jackson of Terry D. Jackson PC.

The case is Scottsdale Insurance Co. v. Richard Pursley et al., case number 11-12808, in the U.S. Court of Appeals for the Eleventh Circuit. 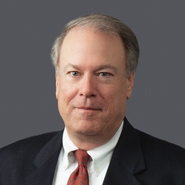