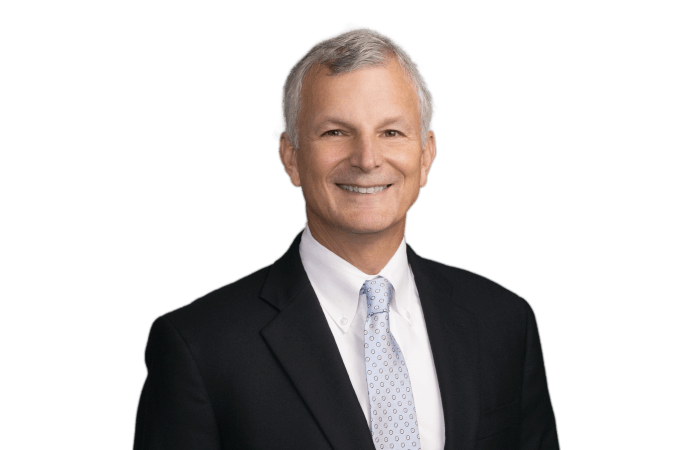 Warner Fox is a trial lawyer with more than 35 years of experience defending high-stakes catastrophic litigation. He is highly-regarded for his skillful handling of complex medical and technical issues, particularly in cases involving traumatic brain injuries. Warner thrives in the courtroom and has taken more than 100 trials to jury verdict on behalf of many prominent companies.

While known for his trial and investigative skills, Warner believes the most important attribute he brings to the table is the ability to quickly grasp the issues and threats to his clients. By providing early analysis of the potential exposure in a case, his clients are able to make more informed strategic decisions to manage risk. Whether a client wants to resolve a case early or is ready to go all the way to verdict, Warner tailors a comprehensive litigation strategy for achieving that objective.

Warner is a Fellow of the American College of Trial Lawyers, which recognizes no more than 1% of the preeminent trial lawyers in the state in which they practice. He is also a past president of the Georgia Defense Lawyers Association. Outside of his practice, Warner is also the co-founder of the Georgia High School Mock Trial Competition.

Warner has represented clients from a wide variety of industries, including multinational retailers, trucking and logistics companies, and manufacturers of many products for consumer and commercial end-users. He also defends insureds on behalf of large insurers in serious and high-risk cases.

Warner has defended all types of transportation matters to include trucking, automobile, and ambulance services. He has spent many years handling catastrophic accident cases including managing on an emergency basis the on-scene investigation.

Among the top echelon of lawyers in the defense of closed head injuries, Warner has handled a significant number of cases involving these injuries in Georgia and elsewhere. He has been called on by national retailers, trucking companies, and large insurers to serve as lead counsel in catastrophic traumatic brain injury and the supposedly serious mild traumatic brain injury.