What Relief is Available Under Georgia Law When Performance of a Contract is Impacted by the COVID-19 Pandemic?

In addition to the health and safety concerns caused by the COVID-19 pandemic, the impact on the global economy and ability to conduct day-to-day business has been substantial. Even as the State of Georgia eases into allowing more and more non-essential business to open and serve the public, many businesses have either already lost the economic ability to fulfill their contractual obligations or the continuing circumstances make the obligations of the contract difficult, if not impossible, to perform. In many circumstances, the very purpose of the contract has been severely undermined by the pandemic. Many contracts anticipate unforeseen consequences and attempt to address these circumstances through “force majeure” provisions. For those contracts, the specific language of that provision would control. However, many contracts do not contain any such “force majeure” provision, and the parties must look outside the four corners of the document to find relief under Georgia common and/or statutory law. Unfortunately, outside of specific relief found in the contract itself, Georgia provides little protection to a party to a contract for its inability to perform its contractual obligations due to the COVID-19 pandemic, absent a finding that performance is “impossible.”

Impossibility of Performance – Act of God

Absent a force majeure provision, the Georgia Code provides the potential for relief from your contractual obligations in the event of the occurrence of an “act of God,” as follows:

However, prior cases decided under this statute suggest that the COVID-19 “pandemic” will not likely qualify as an “act of God.” The determination of whether a particular event is an act of God is a mixed question of law and fact.[2] Generally, “[a]n act of God is defined as ‘[a]n overwhelming, unpreventable event caused exclusively by forces of nature, such as an earthquake, flood, or tornado.’”[3] In other circumstances, Georgia courts have previously held that “[t]he economic downturn of 2008 was not an ‘act of God.’ [and], financial inability does not excuse contract performance as impossible.”[4] Importantly, the question of impossibility does not turn on subjective factors alone. “[T]he fact that one is unable to perform a contract because of his inability to obtain money, whether due to his poverty, a financial panic, or failure of a third party on whom he relies for furnishing the money, will not ordinarily excuse nonperformance, in the absence of a contract provision in that regard[.]”[5]

Further, the case law outlines that an act of God must not be human caused, and it must not be reasonably predictable or avoidable. Indeed, “‘[t]he term “act of God” in its legal sense applies only to events in nature so extraordinary that the history of climatic variations and other conditions in the particular locality affords no reasonable warning of them.’”[6] Thus, an “act of God” necessarily must be caused by an extraordinary act of nature and cannot be influenced by acts of humans.[7] In the absence of clear direction from additional case law, or an intervening act of the Legislature, the question of whether COVID-19 is an “act of God” that occurred without any interference by “human agency” will be one that will be very difficult to establish. Questions of potential human interference would include, but would not be limited to, the origin of the virus, how it was transmitted, and whether the virus could have been anticipated and avoided. How a court or jury will answer these questions is very much an unknown at this time. Notwithstanding the above, performance must be found to be “impossible,” not merely delayed, inconvenient or outside the intended purpose of the party. That would bring into question the purpose of the contract and how, specifically, performance has been impeded.

Impossibility Not Caused by Act of God

The Georgia Code also provides that, “impossible, immoral, and illegal conditions are void and are binding upon no one.”[8] Under this statute, a contract that is impossible to perform by either party cannot be enforced, notwithstanding an “act of God.” The Supreme Court of Georgia has previously held "where the [plaintiff] contract[s] to perform covenants that are impossible, not because of an act of God or the conduct of the [defendant], the failure to perform such covenants is as fatal to the plaintiff['s] right to recover as a breach of the contract for any other reason."[9] This essentially removes the component requiring an “act of God.” Again, the question will be whether the contract is “impossible” of performance, rather than inconvenient or impractical.

Georgia law provides that a party has not breached a contract by non-performance "if performance as agreed has been made impracticable by the occurrence of a contingency the nonoccurrence of which was a basic assumption on which the contract was made."[10] The Code does not require proof of impossibility of performance but merely that of impracticability, which term must be interpreted as commercial impracticability.[11] As such, the defense of impracticability contemplates the impracticability of performance by a seller of commercial goods only.[12] The Code section is intentionally drawn in general terms to permit its wide and flexible application, and “’contemplates circumstances such as a severe shortage of raw materials or supplies due to a contingency such as war, embargo, local crop failure, unforeseen shutdown of major sources of supply or the like, which either causes a marked increase in cost or altogether prevents the seller from securing supplies necessary to his performance.’"[13] As such, to the extent that a party is unable to fulfill the obligations under a commercial agreement due to lack of access to any materials necessary for that purpose due to the pandemic, the party may have a viable defense due to impracticability. Even so, difficulty, inconvenience, or unusual cost in performing, although it may make performance a hardship, does not excuse a party from performance of an absolute, unqualified undertaking to do a thing that is possible and lawful.[14] Further, to establish the impracticability defense, a party would have to establish that COVID-19 was not a contingency "the non-occurrence of which was a basic assumption on which the contract was made."[15]

Under the doctrine of frustration, a party’s contractual obligations may be discharged if, after the contract is made, the party’s principal purpose is substantially frustrated (i) without the party’s fault; and (ii) where the occurrence or non-occurrence of an event was a basic assumption on which the contract was made.[16] However, there are no cases in Georgia invoking this particular doctrine. In the few cases in which the concept of frustration is mentioned, it is not presented as an independent common law defense to performance as set forth in the Restatement of Contracts. Indeed, in Georgia, it appears for frustration to be a valid defense, it must rise to the level of creating an impossibility.[17] The Georgia courts have not reviewed the defense of frustration under the Restatement of Contracts, but rather under a Georgia statute that provides, “[i]f the nonperformance of a party to a contract is caused by the conduct of the opposite party, such conduct shall excuse the other party from performance.”[18] Accordingly, to constitute a defense, the nonperformance must have been caused by the conduct of the other which “made [its] performance useless or impossible.”[19]

While COVID-19 has clearly impacted the ability of many parties to conduct business and fulfill their contractual obligations, Georgia law provides very limited relief outside of that found in the specific terms of the contract itself, if any. Nevertheless, the availability of any relief, or the right to enforce any contractual obligations is highly fact sensitive and dependent on the language of the contract itself.

[2] See, Uniroyal, Inc. v. Hood, 588 F.2d 454, 460 (5th Cir. 1979) (applying Georgia law), quoting Goble v. Louisville & Nashville Railroad Company, 187 Ga. 243, 251 (1938). (The defining and limitation of the term, its several characteristics, its possibilities as establishing and controlling exemption from liability, are questions of law for the court; but the existence or non-existence of the facts on which it is predicated is a question for the jury.) 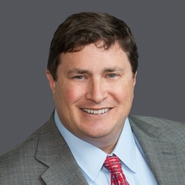