Senate Bill 632 is a proposed law the California Legislature that would impose a limit of seven hours on plaintiff depositions in most asbestos cases. Interestingly, it imposes no limit on the questioning done by the plaintiff's own counsel, just that of the defendants, nor does it impose any time limit on the depositions of the corresponding defendants' company witnesses SB 632 shortens the length of the defense questioning at deposition and will cut off defendants from carrying on discovery into an asbestos plaintiff's exposure claims.

In a typical asbestos case, a plaintiff sues 50+ defendants for a wide variety of exposures. 70 or more defendants in an asbestos case is not uncommon, as a given plaintiff's exposures can be varied, and cover a span of decades. A plaintiff may have Navy exposure (suing makers and installers of shipboard equipment), construction exposure (suing the contractors and product manufacturers he worked around at hundreds of job sites), home remodeling (suing the stores he purchased from), not to mention suing local auto parts stores for selling asbestos-containing brake parts the plaintiff may have installed on his own cars.

SB 632 would set a limit of seven hours on most of these depositions. Seven hours amounts to 420 minutes. Even with just 50 defendants in a case, that comes to eight minutes and 20 seconds per defendant.  A defendant simply cannot conduct a sufficient examination of a witness in that amount of time. A retired pipefitter or insulator typically has worked at hundreds of different job sites over a career, and courts have held defendants to a standard of questioning a plaintiff about each site. This cannot be done in the allotted time. Moreover, the short time limit would create disputes among the defendants in a battle for the opportunity to question the witness. If the navy defendants exhausted the seven hours on questions about ship-based exposures, would defendants with the construction interests be shut out from questioning the plaintiff? Would there be no recourse available to a defendant denied the opportunity to examine the plaintiff?  As SB 632 is currently drafted, defendants would be denied the opportunity to depose the plaintiff who is suing them if other defendants already used up the full time.

Through the years of asbestos litigation in California, courts have established case management orders that have included a 20 hour time limit on many plaintiff depositions, with the court maintaining the discretion to extend the defendants additional time when necessary. California's judges handling asbestos litigation have often been involved with dozens or hundreds of such cases, and have an understanding of the amount of time needed for the efficient questioning of a plaintiff in these cases. SB 632 would take that discretion out of the hands of the experienced judges who have crafted orders controlling discovery in these cases.

SB 632 does allow a judge to extend the length of time for defendants to depose a plaintiff from seven hours to up to 14 hours, but only in those cases where the court has made a "factual finding" that "the health of the deponent does not appear to be endangered by the grant of additional time." This would force judges to make a medical judgment. This would place judges in a position to have to make factual findings on medical or health issues – a topic outside of the scope of the questions of law normally addressed. It would be understandable if a judge were reluctant to grant such a requested extension, making the discretionary language for extension of time largely illusory. The bill's wording goes beyond the usual language that judges would be familiar with, such as "in the interests of justice" or "on good cause shown," and would require the court to make a medical judgment about the potential impact on the plaintiff's health.

Further, this short seven hour limit would allow plaintiffs to use a "run out the clock" strategy in depositions. Per SB 632's language, the limit is on the total time of the deposition, not on the time spent questioning by the defendants. Attorneys for plaintiffs could fill the record with objections, obstructionist colloquy, and constant breaks. The witness could give rambling non-responsive answers or lengthy pauses to run out the short 420 minute "shot clock" and effectively block defendants from conducting discovery.

This bill prescribes no limit on the extent of questioning by the plaintiff's own attorney, nor does it limit the length of the depositions of the defendants' witnesses. This bill is about depriving defendants in asbestos litigation the ability to prepare an adequate defense by limiting their opportunity to conduct sufficient questioning of the plaintiff. I urge the legislature to reject Senate Bill 632. 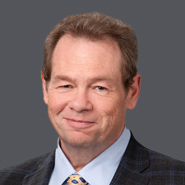