In the underlying case, the attorney-client represented a doctor who was having a custom home built. It became evident during construction the contractor was misappropriating money and not completing work for which he was taking bank draws. The doctor filed suit and won a judgment against the contractor for fraud and breach of contract – it did not apportion damages between those two theories. The contractor was also arrested, convicted of a felony, and ordered to pay restitution to the doctor and other victims. Over several years, the doctor pursued collection actions but barely collected more than he spent in legal fees.

The case turned on the legal issue of whether the adversary complaint would have been successful or not. The attorney argued that it would not have been because there was no underlying apportionment of the damages between the breach of contract and the fraud theory. The Court agreed that it was speculative as to what the trial court would have done and granted summary judgment to the attorney. 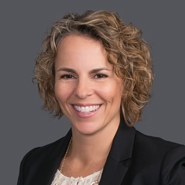