December 21, 2022 (Chicago, IL) – Hawkins Parnell & Young attorneys Peter Jacxsens in Atlanta and John Kohnke in Chicago secured summary judgment dismissing Sherwin-Williams from a negligence and premises liability personal injury lawsuit filed in the U.S. District Court for the Northern District of Illinois. Plaintiff Jason Burns injured himself while delivering to a Sherwin-Williams store. An employee of Sherwin-Williams used an electric walkie forklift to unload and load the plaintiff's semi-trailer.

The plaintiff attempted to operate the forklift and injured himself when he caught his ankle between the forklift and pallets resting against a dumpster outside the store. Plaintiff did not use the brakes on the forklift before the accident, but a technique called plugging to slow the fork down.

The plaintiff filed a lawsuit alleging an unsafe work site and improper forklift maintenance. Plaintiff's counsel hired engineer Christopher Ferrone who tested the forklift and testified that the brakes operated within specifications during his tests; however, he found plugging the forklift was unsafe. The plaintiff's expert admitted that there are no braking distance standards when plugging a forklift as it depends on the operator's subjective force on the plugging device. Plaintiff's expert did not know what caused the plugging device to be unsafe.

The Honorable Judge Steven Seeger granted Hawkins Parnell's Daubert motion, excluding the plaintiffs' engineering expert testimony. Judge Seeger held that Ferrone's opinions did not "rest on any methodology or expertise, and they had no link to Ferrone's tests of the walkie."

Judge Seeger agreed with the Sherwin-Williams defense that the pallets resting against the dumpster were in an open and obvious condition that did not require a warning. 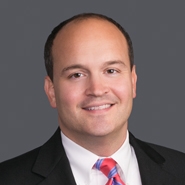 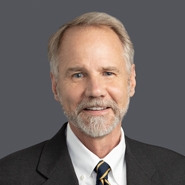