July 25, 2022 (Charleston, WV) – Robert McKinney, partner-in-charge of Hawkins Parnell's West Virginia office, was appointed to the Advisory Committee of West Virginia's Family Treatment Court in the Thirteenth Judicial Circuit for Kanawha County. This family court will be the 11th in operation in response to the opioid crisis in West Virginia. Judge Joanna Tabit will oversee the program.

Rob previously served as counsel and acting director of the Supreme Court of Appeals of the West Virginia Division of Probation Services. He was one of the judicial officials responsible for implementing and enhancing drug court programs to combat the opioid crisis in West Virginia. 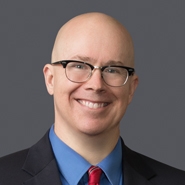