December 21, 2010 (Atlanta, GA) – Peter York and Kristin Martin obtained summary judgment in a catastrophic pool diving case in the Northern District of Georgia. The quadriplegic Plaintiff was 29 years old at the time of the incident and had a $10 million life care plan. On December 21, 2010, the Eleventh Circuit of the U.S. Court of Appeals affirmed the trial court's May 2010 ruling.

Prior to the appeal, Judge Harold L. Murphy issued a 72-page order finding for Defendant National Pool & Spa Institute, holding that a trade association, which promulgated a set of voluntary minimum standards for the pool industry, cannot be held liable to an end user for the negligence of the pool contractor where there is no evidence that the contractor relied upon the standards. This was a case of first impression in Georgia and one of the few decisions in the country addressing the liability of a trade association for the promulgation of voluntary standards. 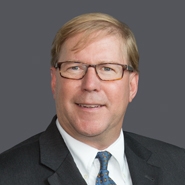