SEBRING, Fla. –– A Florida state court jury has reached a defense verdict in favor of CertainTeed, rejecting the plaintiffs’ claims that the decedent’s mesothelioma was caused by his exposure to asbestos in the defendant’s pipe products.

The Florida 10th Judicial Circuit Court jury reached the verdict on July 7 after approximately an hour-and-a-half of deliberations, sources said. Judge Peter F. Estrada presided over the trial, which began on June 20.

CertainTeed had maintained during trial that the decedent was not exposed to its pipes, sources added.

Plaintiffs Leonard Smith III and his wife, Sabrina, originally filed the personal injury lawsuit, contending that Leonard Smith’s peritoneal mesothelioma was caused by exposure to a number of asbestos-containing products, including cement pipe manufactured by CertainTeed. Prior to his death, Smith testified that, as a teenager working in a citrus grove, he cut couplings on CertainTeed’s asbestos cement pipe.

Smith later died as a result of his illness.

One of the plaintiffs inserted as a personal representative to Smith after his death became the president of Smith’s corporation, sources said. That plaintiff disposed of pipe behind the corporate office, which was later sold.

One year after the land was sold, CertainTeed found out through discovery that the decedent believed the pipe behind the office was part of the pipe he had dug up.

The defendant argued prior to trial that it was not given the opportunity to examine the pipe before it was destroyed and filed a spoliation motion. The Court ruled that it would rule on the motion after the verdict, sources told HarrisMartin.

CertainTeed did cite deposition testimony from other sources, however, that maintained others had reinstalled some of the pipe underground and refuted Smith’s position that he participated in the project.

The defendant later received permission from the new owner of the property to excavate the pipe, despite opposition from the plaintiffs; the excavated pipe –– two lengths worth –– was manufactured by Johns-Manville Corp.

The plaintiffs maintained, however, that the other, unexcavated pipe on the property was, in fact, manufactured by CertainTeed.

During trial, the defendant additionally argued that the decedent had health issues starting at age one, when he was diagnosed with Ewing’s carcinoma. He later developed a neuroblastoma that required radiation; CertainTeed contended that his various illnesses were related to these “heavy” doses of radiation.

Testifying on behalf of the plaintiffs were Dr. Laura Welch; Dr. Steven Compton; and Frederick Raffa.

Testifying on behalf of the defendant were Dr. Dennis Miller; Allan Feingold; and Kyle Dotson.

Copyright Note: This article was reproduced from the HarrisMartin Publishing Web site at www.harrismartin.com. While dissemination of this article via e-mail, fax or regular mail -- provided it has not been altered in any fashion -- is permitted, dissemination of multiple articles through any medium is prohibited without express consent from HarrisMartin. HarrisMartin Publishing - 30 Washington Avenue, Suite D-3, Haddonfield, NJ 08033 (610) 647-5500 - www.harrismartin.com - [email protected] 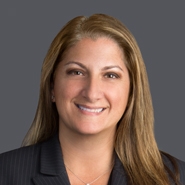