August 20, 2010 (Atlanta, GA) – David C. Marshall and Chris J. Lang successfully defended a premises liability wrongful death case in the state court of DeKalb County, Georgia. The jury deliberated 11 hours before reaching its verdict on August 20. The case arose over the murder of a 26 year-old who lived with his family at defendant's property. The decedent lived for a month after the shooting. The jury allocated fault at 95% to the criminal defendants and 5% to Hawkins Parnell & Young's client, a property management company. On the issue of damages, the jury awarded zero for pain and suffering and only awarded $184,192.16 (the amount of medical bills and funeral expenses) representing the full value of the life for a net recovery to Plaintiff of approximately $9,200. The jury declined to assess punitive damages. In contrast, in closing argument, Plaintiff has asked the jury to award over $2 million. 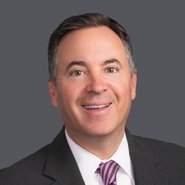