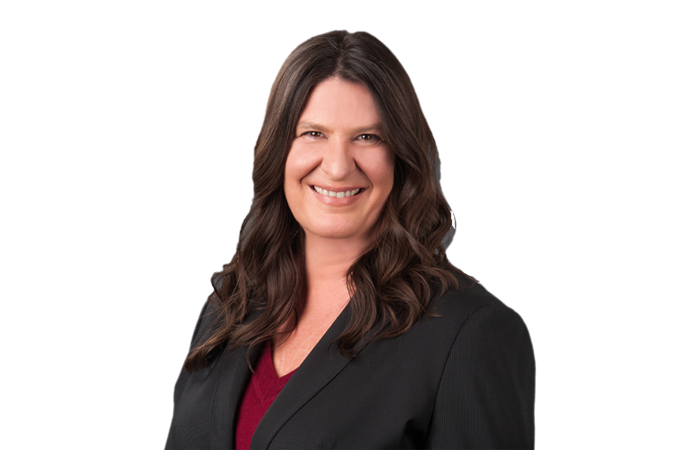 Jennifer Capabianco represents insured and private businesses, individuals and non-profit organizations in all forms of disputes, including litigation arising from claims of professional negligence, general negligence, rental vehicle disputes, breach of contract, statutory claims, landlord-tenant disputes, fraud, invasion of privacy, discrimination, ADA violations and all other civil disputes. Jennifer’s clients include those working in the field of bodywork, such as massage therapists and aestheticians, whose work is claimed to fall below the standard of care in the industry. She defends trucking companies, whose defense requires knowledge of Federal and State regulations specific to the trucking industry, and also represents private health club clients and other entertainment venues, whose defense specifically involves evaluation of contractual waiver of liability and assumption-of-the-risk clauses. Jennifer represents rental car company clients with statutory issues specific to that field of business. Her practice also includes representation of various premises owners in claims involving personal injury and wrongful eviction. Jennifer has defended product defect claims on behalf of product manufacturers, such as manufacturers of wine bottles. Jennifer also assists insurers directly on their recovery and subrogation claims. Finally, she serves as General Counsel for the Homeless Veteran's Emergency Housing facility, providing day-to-day legal advice to assist this non-profit organization provide services to veterans in need.

Jennifer's practice includes assisting clients in all stages of litigation. She assists with pre-claim investigation, and helps resolve problems even before claims turn in to litigation. Once litigation is commenced, Jennifer is highly skilled in directing litigation to the most economic and efficient resolution, whether that be at the pleading stage, through summary judgment, through use of the Discovery Act procedures or settlement as soon as possible. Where resolution short of trial is not available, Jennifer is a skilled trial attorney whose rapport with other counsel, the bench and jurors has led to excellent results for her clients. Jennifer works closely with general counsel, claims representatives, businesses, and individuals to ensure that the course of action taken always comports with the client's overall economic, business and personal goals. Jennifer is a true service provider, always available to respond to questions and provide advice as needed by her clients.

Jennifer's particular ability to evaluate complex legal issues, including ones of first impression, and prepare persuasive, high quality legal briefs is evidenced by her record in the Court of Appeal. Jennifer generally finds herself in the Court of Appeal once she obtains judgment in favor of her clients, and the plaintiff appeals. However, all judgments in favor of her clients have been affirmed. One of Jennifer's published opinions, Rotolo v. San Jose Sports and Entertainment (2007) 151 Cal.App.4th 307, involved the duty of a sports venue to have and use an Automatic External Defibrillator (AED), which was a newer technology at the time. A comparison of the Respondent's Brief Jennifer prepared and argued with the Court's published opinion reveal that the Court accepted Jennifer's arguments practically verbatim. Another of Jennifer's published opinions, Flores v. Enterprise Rent-A-Car Company (2010) 188 Cal.App.4th 1055, involved the duty of rental car companies to perform DMV checks on potential renters. Despite the emotional arguments asserted by plaintiffs in that wrongful death case, Jennifer's legal analysis kept the Court of Appeal focused and able to affirm the judgment.

Jennifer is called upon by clients to provide presentations on a wide variety of legal issues, from defending product liability claims to proper analysis of Code of Civil Procedure section 998 Offers to Compromise. She has also been recognized as a "Super Lawyer" and is rated BV+ Distinguished by Martindale-Hubbell.

Jennifer is originally from New Jersey, was raised in the San Francisco Bay Area, and presently resides in San Francisco. When not helping clients with their legal needs she spends their time traveling as much as possible to experience the art, food and culture of other regions, domestic and international. She also volunteers her time serving as a Moot Court Judge to assist law school students with their oral advocacy skills.