Who Goes on the Verdict Form: The Empty Chair Variable in Washington

Prior to the 1986 tort reform act, Washington’s common law imposed joint and several liability on multiple tortfeasors when they caused a plaintiff indivisible injury. (See Kottler v. State, 136 Wash.2d 437, 442 (1998).) “In such cases the injured plaintiff could seek full compensation from any joint tortfeasor.” (Id.) At the same time, a plaintiff who was found also to have been at fault, and thus to have contributed to the event that led to the injury or damage, was barred from any recovery, no matter how slight the plaintiff’s contributory negligence. (Prosser and Keeton on the Law of Torts; 2 Comparative Negligence § 13.80[3], at 13-109 (1992); DaFonte v. Up-Right, Inc. (1992) 2 Cal.4th 593, 597.)

As part of the 1986 tort reform act, the Washington Legislature abolished joint and several liabilities for most causes of action in favor of proportionate damages. (Kottler, supra, 136 Wash.2d at 443.) Revised Code of Washington (RWC) 4.22.070(1) establishes a general rule of “several only” liability on the part of defendant tortfeasors; essentially, “a person should not be liable for more than his own proportionate share of the claimant’s total damages.” That proportionate share is determined by the trier of fact’s allocation of fault to “every entity” that contributed to the plaintiff’s injury or damage. (See RWC §4.22.070(1).)

Defense attorneys submitting their cases to the jury may be asking themselves, what does this phrase “every entity” to which fault must attributed mean? Simply put it means everyone and anything. RCW 4.22.070(1) first lists “the claimant or person suffering personal injury or incurring property damage.”(RWC §4.22.070(1).) Thus, the trier of fact must determine the percentage of total fault that is attributable to the plaintiff, the person on whose behalf the plaintiff is suing (such as in a guardianship action), or the person whose injury forms the basis for the lawsuit (such as in a wrongful death, survival, or loss of consortium action). In other words Subsection (1) simply reiterates the tenants of the general comparative fault rule.

Subsection (1) also requires allocation of fault to other parties joined in the action, including defendants and third-party defendants. (RWC §4.22.070(1).) Anyone joined to a lawsuit, whether named as a defendant by the plaintiff or impleaded as a third-party defendant by the defendant shall be added to the calculation of the total percentage of fault. (Id.) The caveat to this is that should there be adjudication on the merits (MSJ/MSA/MJP) in favor of a particular party no fault can be allocated to that prevailing entity.

Drilling down further, Subsection (1) provides for an allocation of fault to…“entities released by the claimant…” (RWC §4.22.070(1).) However, because a dismissed entity is now a nonparty and not retained in the action for the entry of judgment, that share of the fault is not part of the joint and several liability award. (Barton v. State, Dept. of Transp. (2013) 178 Wash.2d 193, 202.) Practically speaking, while this will certainly can bring down the percentage of fault available to allocate to your particular client, any released entity will have no liability for contribution. (RCW 4.22.060(2).)

Likely one of the most important changes in Washington as a result of the 1986 Tort Reform is the ability of a defendant to apportion fault to a tortfeasor that has immunity from liability to the plaintiff. Under Subsection (1), fault must be allocated by the trier of fact to …“entities immune from liability to the claimant. (RWC §4.22.070(1).) Although this certainly broadened defendants’ ability to allocate fault it comes with one sever limitation—the employer. Washington law requires consideration of fault of every entity that caused worker’s damages, except those immune under Industrial Insurance Act (Title 51). (Geurin v. Winston Industries, Inc. (9th Cir. 2002) 316 F.3d 879, 883.) With this exception in mind, the most practical scenarios is a when a plaintiff is injured by multiple tortfeasors, one of them whom happens to be a governmental actor such as the military.

In additional to nonparty government actors, any nonparty could fall under the guise of “every entity”. Any action by an entity that causes foreseeable harm constitutes fault under RWC §4.22.070(1), and the statute provides a basis for apportioning responsibility to the actor for that fault. (RWC §4.22.070(1); Geurin v. Winston Industries, Inc. (9th Cir. 2002) 316 F.3d 879, 884.) Even the Washington Supreme Court Committee on Jury Instructions, adopted pattern jury instructions to effectuate this the statute by requiring the jury to determine the fault of all entities, including “entities not party” to the action. (Washington Pattern Jury Instructions—Civil, § 41.04, 6 Washington Practice 337 (1989).) Taking the “every entity” concept one step further—what about allocating fault to an unknown entity or actor? Why should the fact a defendant is ignorant of the specific identity of a nonparty torfeasor preclude them from getting them on the verdict form. It shouldn’t. Let’s call this the situation a phantom tortfeasor. There is no basis in RWC §4.22.070 et seq. for excluding this ghost. Likewise, you will not find any case law providing grounds for exclusion. So long as there is sufficient evidence of fault presented as to the phantom at trial the argument should be made they go on the form too.

Now, while the plain language of this “every entity” language is simple enough to grasp its application is tricky. RWC §4.22.070 is not self-executing. Meaning that it requires a party seeking allocation to invoke its procedure. (Adcox v. Children’s Orthopedic Hosp. & Med. Ctr., 123 Wash.2d 15, 25, 864 P.2d 921 (1993).) This means first and foremost counsel must start thinking about allocation of fault when filing an answer. Washington Superior Court Civil Rules (WCCR) 8(c) and 12 (i) require a defendant who intends to claim for purposes of RCW 4.22.070(1) that a nonparty is at fault, that such claim is an affirmative defense which shall be affirmatively pleaded by the party making the claim. This even includes pleading the identity of the party or nonparty claimed to be at fault, if known. (Wash. Super. Ct. Civ. R., rule 8 and 12, 28 U.S.C.A.) Not properly pleading fault of others in a responsive pleading could subject any apportionment claims you may have to waiver.

In Washington defendants are entitled under basic common law principles to attempt to prove that these empty chairs it has named are at fault because they acted or failed to act in a way that created a foreseeable risk of harm to Plaintiff. While the onus is on the party attempting to allocate fault to present sufficient evidence of such, their ability to marshal the evidence to do so should not be curtailed. 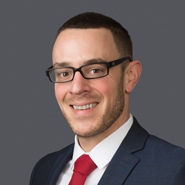