In the months since COVID-19 first began affecting Americans on U.S. soil, the nation has seen its sacred and trusted programs endure unprecedented strain.

Social security, already projected to run out of funds in 2034, will now undoubtedly suffer from escalating coronavirus unemployment numbers and the resulting decline in payroll taxes. And national unemployment rates — the highest since the Great Depression — are overwhelming states and the federal government as the economy slowly begins to reopen.

Today, more than ever before, it's critical that we work toward ways to improve, streamline and financially safeguard the programs that millions of Americans depend upon — for those who need them today, and future generations.

For 40 years, Medicare — perhaps the nation's most important health care program — has benefited from nearly $8 billion in savings annually, recouped as part of the Medicare Secondary Payer program. And in our COVID-19 reality, as the country attempts to recover from the subsequent economic crisis, it will be incumbent upon lawmakers to ensure no dollar is lost to inefficiencies or bad policy. It's time to strengthen what works and fix what's broken.

Since Congress enacted the Medicare Secondary Payer Act in 1980, the law has provided that when a Medicare beneficiary is injured, and another party is responsible for covering the health care expenses — such as in a liability settlement or a workers' compensation claim — Medicare's responsibility to pay is secondary.

So, for example, a Medicare beneficiary involved in a slip and fall accident would have her hospital expenses initially, and conditionally, paid by Medicare. Once the property owner's liability is established through a judgment, settlement, award or other payment, the resolving parties are required to account for the reimbursement to Medicare for its conditional payments.

The MSP program works to protect taxpayers from covering expenses for which another party is liable. But it doesn't always work the way it should, which is why a coalition of stakeholders is asking Congress to step in and make critical changes to the law.

One key area of confusion occurs when an MSP claim involves any of the 22 million Americans enrolled in a Medicare Part C Advantage plan and/or Part D pharmaceutical plan rather than just a traditional Medicare Part A or B plan.

Because the Centers for Medicare & Medicaid Services' system is not set up to help settling parties coordinate benefits for Medicare Advantage or Part D plans — only traditional Medicare plans — settling parties often are not able to independently determine which plan the beneficiary has in order to reimburse Medicare when resolving the claim.

The bipartisan Provide Accurate Information Directly, or PAID, Act,[1] could stop these types of issues from occurring. If passed, the law would require CMS to provide the name and identity of the beneficiary's Medicare Advantage or Part D plan to the settling party so that reimbursement to Medicare Advantage and/or Part D can be part of the claim's resolution.

While Congressional action is needed on the PAID Act, other outdated elements of the MSP program can be addressed by CMS via administrative action. For example, CMS is currently working on regulations to govern how it will assess penalties for the late reporting of MSP claims. Since 2007, CMS has required that any company or organization in America settling or paying a claim involving a Medicare beneficiary file a report to CMS advising the agency about the settlement, judgment or award through the Section 111 reporting process.

Over the years, modifications have been made to this requirement — most recently via the Strengthening Medicare and Repaying Taxpayers, or SMART, Act of 2013. The law required CMS to implement a sliding scale penalty regime for entities that failed to report and included provisions intended to protect reporting entities that make a good faith effort to comply with the often-complex reporting process.

However, CMS only issued a proposed rule to implement the penalty system this year — nearly seven years after the enactment of the SMART Act.

The proposed rule unfortunately contains a number of flaws that would unduly penalize those entities trying in good faith to comply with the complex reporting requirements while failing to ensure those who intentionally refuse to report are held accountable. The rule also raises several legal and constitutional questions and includes a number of provisions that are unworkable and do not serve the best interests of beneficiaries.

As a next step, CMS should consider substantially revising this proposed rule to ensure that it does not create additional barriers for businesses and institutions who handle MSP claims — which would ultimately make it harder for beneficiaries to resolve these settlements as well.

Several of the flaws in the existing Section 111 reporting system were revealed earlier this year in the court case Ruiz v. Rhode Island, in the U.S. District Court for the District of Rhode Island, where a plaintiff refused to provide his social security number to the defendant, Rhode Island, for the purposes of reporting the claim under Section 111.

While the case was eventually resolved, the fact that it took multiple court hearings, nine months of deliberation and a 13-page decision to resolve a single dispute demonstrates how flawed the current MSP reporting system is and why it is important for CMS to get it right when drafting its proposed rules and policies.

For four decades, the MSP program has been in place to protect taxpayers and the nation's Medicare system — but numerous technical flaws have prevented it from being as effective as it could be. The time is now for policymakers to act to ensure MSP works as it should for the benefit of those it was created to safeguard. 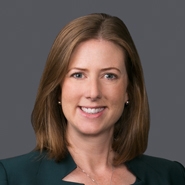