Drug overdose deaths have been skyrocketing over the past ten years. Better known colloquially as the “Opioid Epidemic”, the Center for Disease Control showed that in 2014, 19,000 individuals died of overdoses.  In 2015, the number almost doubled to 33,000.1 In light of these alarming statistics, the number of lawsuits filed in New York, as well as across the country, against pharmaceutical companies has been steadily increasing. To date, the Learned Intermediary Doctrine has protected pharmaceutical companies from liability arising from injuries sustained from prescription drug use. Yet, with the rise of “direct to consumer” advertising, allegations are arising that pharmaceutical companies are indirectly spreading drug addiction through deceptive advertisements.2 With cases pending in nearly every county in the state of New York, it remains to be seen whether the Learned Intermediary Doctrine will continue in its current form.

In the seminal decision of Martin v. Hacker, 83 NY2d 1, 8 (NY 1993), the New York Court of Appeals affirmed that although a heavy responsibility remains with a pharmaceutical company with regard to the potential dangers of a drug, liability arising from injuries sustained from these potential dangers can be escaped through the “Learned Intermediary Doctrine”. As the name suggests, a pharmaceutical companies’ duty to warn “is fulfilled by giving adequate warning through the prescribing physician, not directly to the patient”. Id. at 9.

This is because unlike the ordinary consumer shopping in the marketplace, the patient does not freely choose his or her own medication. Since nonmedical consumers are legally precluded from self-prescribing prescription drugs, the physician’s function is to evaluate a patient’s needs, assess the risks and benefits of available drugs and then prescribe a drug, advising the patient of its risks and possible side effects. Under this paradigm, the physician acts as an informed intermediary between manufacturer and patient, and it is the physician who owes a duty … to balance the risks against the benefits of various drugs and treatments and to prescribe them and supervise their effects.

Abrams v. Bute,  138 A.D.3d 179, 187 (2d Dept. 2016)(internal citations and quotations omitted). It is important to note that the “Learned Intermediary Doctrine” does not absolve a pharmaceutical company from the responsibility of warning, but rather the physician stands in to adequately receive the directions and warnings about a given drug. The onus is then passed onto the physician to pass along the warnings regarding a drug’s potential risks.

In discussing the scope of the warning that a manufacturer owes a physician, the Court of Appeals in Martin adopted the Second Circuit’s standard from Lindsay v. Ortho Pharmaceutical Corp., 637 F.2d 87 (2nd Circuit 1980). “The manufacturer’s duty is to warn of all potential dangers which it knew, or in the exercise of reasonable care should have known, to exist. The duty is a continuous one, requiring the manufacturer to keep abreast of the current state of knowledge of its products as gained through research, adverse reaction reports, scientific literature, and other available methods.” Id. at 91. In Lindsay, the 2nd Circuit further found that the duty to adequately warn could have been met through communications with specially trained field representatives, informative insertions in the Physician’s Desk Reference, product cards distributed to doctors and available at medical conventions and hospital exhibits, and by Dear Doctor letters sent to physicians.

There are currently causes of action pending in nearly every county in New York. The complaints allege fraud, deception, as well as strict products liability arising from failure to warn, and negligence. As the litigation progresses, it may only be a matter of time before the learned intermediary doctrine’s scope is eroded, and pharmaceutical companies are found to owe a direct duty to the end user. 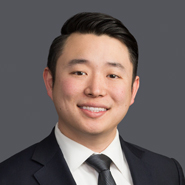