Proceed at Your Own Risk: Court of Appeals Reverses $4.65M Verdict Due to Failure to Charge on Assumption of the Risk

Proceed at Your Own Risk: Court of Appeals Reverses $4.65M Verdict Due to Failure to Charge on Assumption of the Risk

By Martin A. Levinson and Elliott C. Ream

On June 8, 2021, the Georgia Court of Appeals sent a plaintiff home emptyhanded, finding the trial court erred in refusing to allow the jury to consider whether the plaintiff had assumed the risk of his injuries. In Game Truck Georgia v. Quezada,1 the Court of Appeals granted the defendant business owner’s request for a new trial due to the omitted jury charge. In so doing, the appellate court wiped out a jury’s post-apportionment award of $4.65 million to a young plaintiff who was injured during a game of “bubble soccer.” As a practical matter, Quezada again reinforces the importance of charging a jury properly at trial and the viability of assumption of the risk as a defense to personal injury claims in Georgia. The evidence at trial in Quezada showed the plaintiff, a senior on his high school’s soccer team, was participating in a “bubble soccer” match organized by his coach to celebrate the end of the season. Bubble soccer is a recreational activity with the same objectives and general rules of regular soccer—except that each player wears a large, transparent, inflated spherical suit (or bubble) around his or her upper body. At the start of the match, the plaintiff ran quickly toward another student participant and the two collided. The plaintiff suffered a serious head injury, including bone fractures in his forehead and brain damage to his frontal lobe, as a result.

The plaintiff missed the initial safety rules briefing because he arrived at the bubble soccer event late. However, trial testimony showed the plaintiff had played soccer since a young age, he was familiar with its rules, he understood that bubble soccer would be played according to the basic rules of soccer, and he knew the rules of soccer prohibit head-butting or rushing at other players who do not have the ball. There was also evidence a GTG employee specifically instructed the plaintiff not to engage in horseplay or to charge at other players prior to the match. Nonetheless, the plaintiff purposely ran directly toward another student participant at the start of the game.

At trial, the defendant requested the pattern charge on assumption of the risk, but the trial court refused. Under Georgia law, of course, “[t]he affirmative defense of assumption of the risk bars a plaintiff from recovering on a negligence claim if it is established that he, without coercion of circumstances, chooses a course of action with full knowledge of its danger and while exercising a free choice as to whether to engage in the act or not.”2 To establish the plaintiff assumed the risk of his injury, a defendant must show the plaintiff “(1) had actual knowledge of the danger; (2) understood and appreciated the risks associated with such danger; and (3) voluntarily exposed himself to those risks.”3 Assumption of the risk is a powerful defense since, when successfully proven, it provides a complete defense to a plaintiff ’s tort action— even where the defendant acted negligently, willfully, or wantonly.4

Ultimately, the Court of Appeals held the trial court committed reversible error in failing to charge the jury on assumption of the risk because there was “at least slight evidence that [the plaintiff] had knowledge of the risk he was undertaking by charging at another player during the bubble soccer game.”5 The plaintiff was familiar with the rules of soccer, he had played soccer for years, he knew better than to try to headbutt other players, and he was specifically instructed prior to the “bubble soccer” match not to charge at other players. Yet the plaintiff chose to deliberately charge toward another player when the bubble soccer match began. The Court of Appeals understandably held that there was at least “slight” evidence from which a jury could find the plaintiff assumed the risk of his injuries.6 Since the trial court failed to give the proper charge, the Court of Appeals was required to reverse the jury’s verdict.

The trial court in Quezada did give the pattern charge on the duty to use ordinary care for one’s safety, though, of course, contributory negligence and assumption of the risk are wholly distinct defenses.7 As the Court of Appeals explained in Quezada, charging the jury on contributory negligence was insufficient as a charge on assumption of the risk since they are different defenses with different elements of proof.8

In reaching its decision in Quezada, the Court of Appeals directly relied on the Supreme Court’s 2020 decision in Daly v. Berryhill.9 In that case, of course, the Supreme Court reversed a jury’s verdict and the Court of Appeals due to the trial court’s failure to properly charge the jury on assumption of the risk. Like Daly, the Court of Appeals’ decision in Quezada shows that assumption of the risk remains a viable defense at trial, distinct from comparative fault and contributory negligence. The case underscores the importance of diligence of defense counsel at trial with respect to jury charges—both in requesting all appropriate charges and objecting when the trial court fails to give an appropriate charge.

Martin A. Levinson is a partner at Hawkins Parnell & Young in Atlanta. He is also a GDLA Vice President, Chair Emeritus of the Amicus Committee, and is Editor-in-Chief of this publication. His litigation practice includes appellate matters, premises liability with an emphasis on negligent security and other complex cases, product liability, trucking and transportation, and bad faith litigation.

Elliott Ream is an associate at Hawkins Parnell & Young in Atlanta. He focuses his practice on high-risk litigation involving catastrophic injury and wrongful death arising from transportation, premises and prod 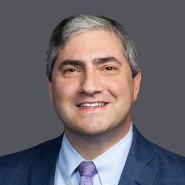 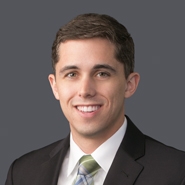