Primary Assumption of the Risk: Still on a Bumpy Ride

You are probably familiar with the doctrine known as Primary Assumption of the Risk ("PAR"). The doctrine basically provides that in the context of sporting activities, there is no legal duty to protect a participant from the types of risks "inherent" in the activity. For example, application of PAR resulted in no duty imposed on a ski resort to protect skiers from rocks or trees on the slopes. Likewise, no duty was imposed on contact sports participants from the risks of injury associated with contact during tag football. Legal duty in these situations has meant a limited duty to not unreasonably increase the risks "inherent" in the sporting activity. Of course, PAR would not apply if the act or omission of the venue or participant involved something not normally associated with, or "inherent" to, the sporting activity. An example of this would be providing defective equipment for the event, resulting in an injury while the participant is playing the sport.

However, the concept of PAR has been and likely will continue to evolve. The California Supreme Court has accepted briefing and will hear oral argument on October 3, 2012 in a case called Nalwa (Smriti) v. Cedar Fair, L.P., case no. S195031.

The basic facts of Nalwa are that plaintiff, who took her children to the Great America amusement park in Northern California, was injured while riding as a passenger on a bumper car ride with her son. During the course of the ride, her bumper car was hit head on and then from behind. Plaintiff tried to brace for the crash by putting her hands on the car's dashboard and in so doing, fractured her wrist.

Plaintiff filed suit alleging common carrier liability, negligence, and other counts that were later dismissed. The defense argued that plaintiff's suit, specifically the negligence and common carrier causes of action, were barred by PAR because the injury incurred was from an activity inherent to the ride, namely, bumping the cars. The trial court agreed and granted summary judgment.

The 6th District Court of Appeal reversed the trial court upon the finding that PAR should not apply to amusement park rides. The court's curious reasoning was that while bumping is inherent to the ride, head on bumping is not. The Court of Appeal imposed a duty on the venue to minimize the risks inherent in the ride as a matter of public policy. More significant, the court distinguished the passive rider bumper car activity from contact sports where PAR has traditionally been applied. (Although that concept is also evolving since PAR has been applied to golf, usually a non contact sport!)

There is California Supreme Court authority to support the argument that Great America, a for-profit amusement park, is a "common carrier." If so, it would owe the plaintiff a more stringent duty of care, such as the duty owed to passengers on a bus or train. In one such case, the California Supreme court found that Disneyland qualified as a common carrier.

The California Supreme Court's decision in Nalwa may have far reaching ramifications not only for amusement park venues, but also in how sporting event and recreational sport venues regulate their activities. 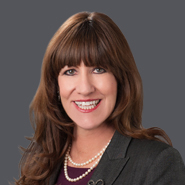