Newspapers and social media feeds are regularly reporting on the existence of “PFAS” in drinking water, in cosmetics, in pizza boxes, in underwear, in….everything.

PFAS is a catchall term for Per- and Polyfluoroalkyl Substances but that general term includes 5,000+ compounds in existence (includes PFNA (Perfluorononanoic acid), PFBS (Perfluorobutane sulfonic acid), PFHxS (Perfluorohexane sulfonic acid), GenX). The most common in the environmental and human health context are PFOA (Perfluorooctanoic acid) and PFOS (Perfluorooctane sulfonate). The characteristics of PFAS include that they repel water, oils, fats, and grease, they are temperature resistant, and they reduce friction. Those same attributes, however, also make them a potential liability for PFAS manufacturers, for companies that use them as a components and for the insurers of both. PFAS compounds are highly mobile, biopersistent (do not degrade in the environment), and bioaccumulative (continuously build up). Due to their high level of biopersistence, PFAS have come to be colloquially known as “forever chemicals.”

The first PFAS compound was invented in the 1930s and was used in the manufacture of non-stick coatings in the 1940s. In the 1950s, 3M developed its Scotchgard line of stain and water-resistant products with PFOA and PFOS. In the 1960s, PFOS was used to develop fire-fighting foams. Aqueous Film Forming Foams (“AFFFs”) were designed for extinguishing flammable liquid fires. As a result, they are commonly kept and used for fires at refineries, airports, and military bases.

AFFFs present a particular issue because they are required by the Federal Aviation Authority to be kept at airports. In just the first half of 2021, Michigan has seen AFFF issues at the former Wurtsmith Air Force Base in Oscoda, at Cherry Capital Airport in Traverse City, at the Kalamazoo/Battle Creek International Airport, and most recently at the Oakland County International Airport. Currently, all environmental and personal injury claims related to AFFFs are part of MDL 2873 in US District Court in South Carolina. Ten bellwether cases have been selected in the MDL but those cases are all water district cases, not personal injury cases. They were chosen because they are going to be more streamlined than the personal injury cases. Essentially all ten cases have the same theme – a discharge of AFFF caused PFAS contamination to a public drinking water source. There are no trial dates set, but discovery is now getting underway.

Since the 1970s, the use of PFAS has grown to include a variety of commercial and consumer products including:

Due to their nearly ubiquitous use, the “forever chemicals” are also coming to be known as the “everywhere chemicals.”

With the increasing awareness of the presence of PFAS, the question remains open as to the effect of the compounds on human health. From the 1930s to 2000s, PFAS were considered non-toxic and not thought to be of regulatory concern. In the 1970s, manufacturers of the compounds learned that PFOA was persistent in the bodies of its workers. Studies in the 1980s conducted by manufacturers found there were no adverse health findings despite the compounds’ presence in blood samples. By the 1990s, PFAS detection in the blood of general human populations began and PFAS became chemicals of potential regulatory concern due to studies related to persistence and bioaccumulation. And starting in the mid-2000s, the EPA and states began issuing drinking water standards related to PFAS.

Since the reports of detection, numerous publications have been authored looking at the potential environmental and toxicological effects, including the CDC recently announcing that it will investigate the potential link between PFAS and decreased effectiveness of COVID-19 vaccines. Other studies are examining a link between PFAS exposure and obesity. Despite the numerous studies, there has yet to be conclusive evidence of a link between PFAS and diseases, including cancer or any immune-related health condition. PFAS suits in West Virginia, however, saw the court-authorized establishment of a three-member “science panel” to further investigate the link between PFAS exposure and human health. The panel concluded there were “probable links” between PFOA exposure and the development of kidney cancer, testicular cancer, ulcerative colitis, thyroid disease, pregnancy-induced hypertension, and high cholesterol.

Unfortunately with PFAS, the only knowns are that the compounds persist and accumulate in humans. Many questions remain. Will a conclusive link be established between PFAS and adverse human health outcomes? Will the AFFF MDL provide a roadmap for MDLs related to consumer products such as cosmetics or food packaging? Is PFAS the “next asbestos?” If so, and like the asbestos litigation roadmap, will suits be filed against companies that incorporated PFAS into products and not just against the manufacturers of the compounds?

Hawkins Parnell has established a PFAS group of experienced toxic tort trial lawyers and will continue to monitor developments as they occur. 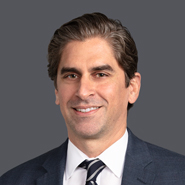