New York Labor Law governs asbestos personal injury cases by third-party contractor employees against premises owners and general contractors in New York. The Labor Law is the codification of the common law, which requires that premises owners and similarly general contractors provide a safe workplace.[1] Specifically, claims have traditionally been made pursuant to Labor Law 200(1), (2) and 241(6): 1) “Defective condition” [200(1)]; 2) Supervising the work that gave rise to the injury [200(2)]; and 3) Violation of the N.Y. Industrial Code [241(6)]. New York plaintiffs contended during the 1990s and early 2000s that the three bases were all relevant and cases were mostly resolved before a specific basis for liability was established at trial. Appellate decisions in 2006 and 2010, however, essentially limited the basis for liability against premises owners to supervising the means and methods that created the asbestos exposure. Significantly, however, recent case decisions have eroded the evidentiary requirement of supervision of the means and methods that created the asbestos exposure under Labor Law 200 such that merely evidence of specifying the use of asbestos products now seems sufficient to create liability for premises owners and likely general contractors.

The seminal appellate decisions in the Tortorella and Philbin matters in 2006 established that Labor Law 200 claims must be based on evidence that the premises owner instructed the contractor at the work site how to use the asbestos product(s) that created the dust that caused the worker injury.[2] In the Tortorella case, an electrician at a job site allegedly breathed asbestos-containing dust that was created by insulators working at the site. Significantly, plaintiffs were not able to demonstrate that the premises owner instructed the insulating contractor at the site how its employees were to apply the insulation products its workers used. The insulation contractor could have used sharper tools and/or protected its or other workers in a different manner to diminish potential exposure to dust. The premises defendant was thus not liable under Labor Law 200 for how the hired contractor, an expert in its field, performed its work.

Plaintiffs in asbestos personal injury cases also contended in the early years in NYCAL that the dusty conditions arising on the work premises constituted a “defective condition” in and of itself, regardless of evidence of supervision by the premises owner of the method of work the contractor used. This contention had limited success. For example, the N.Y. Pattern Jury Instructions themselves state: "[c]are must be taken in distinguishing between accidents arising from premises conditions and those arising from the manner in which the work was performed."[3] Liability for a dangerous condition on premises generally pertains to "a defect inherent in the property," not to the manner in which the work is performed.[4]

The New York Court of Appeals also limited the applicability of Labor Law 241(6) in asbestos personal injury cases in 2010 by its decision in the Nostrom matter.[5] In that case, a boilermaker asserted that premises owners and a general contractor at sites where he worked were liable because the presence of asbestos dust constituted a violation of the N.Y. Industrial Code 12 relating to levels of dusts in the workplace. The Court held that the provisions did not apply to owners and general contractors because the implementing Rule 23 was not triggered to make owners and contractors vicariously liable for the mere presence of dusts in the workplace.[6]

Based on this direction given by the courts, defendant premises owners and general contractors sought to limit the possible evidence of their supervision by establishing at the depositions of witnesses that the injured party took direction in his/her work from his/her foreman or other supervisor, who in most instances had the same employer as the party. Other trades causing dust similarly were directed by members of the same trade, under union rules.  Plaintiffs sought to counter this by attempting to establish that the general contractor or premises owner had “ultimate control” over the work site, but this evidence was generally still not sufficient to demonstrate that the defendant actually controlled the method or means that gave rise to the injury (the dust that the plaintiff breathed).

In 2016, in the Ralph North case,[7] the evidentiary requirement that the premises owner needed to actually control the method of applying the asbestos product started to erode. In North, the appellate court held that, because certain specifications issued by the premises owner, Long Island Lighting Company, identified the tools that were to be used by the contractor it hired to mix insulating cement, this constituted sufficient evidence of supervision by the premises owner over the work that gave rise to the creation of asbestos dust to establish liability.

In early 2014, the jury found the premises owner, Con Edison, liable in the Harry Brown case, in which plaintiff, an insulator, acknowledged he and his supervisor were hired as the experts in applying asbestos insulation at a plant being newly constructed. The trial court, however, granted Con Edison’s motion for judgment notwithstanding the verdict and dismissed plaintiff’s case against it. [8] The trial court wrote that the justice who rendered the decisions in Tortorella and in Philbin subsequently decided in Held v A.O. Smith Water Prods. (Sup. Ct., New York County, September 20, 2006, Freedman, J., Index No. 104048/05) that evidence of specifications requiring the use of asbestos-containing materials was insufficient to defeat summary judgment in favor of Con Edison, citing both appellate decisions in Tortorella and Philbin in support of thereof. Id. According to the Brown trial court: “She too apparently believed that the Appellate Division in Tortorella and in Philbin decided that such a specification does not prove supervision and control within the meaning of Labor Law § 200.” Id.

Significantly, the appellate court in Brown disagreed with this assessment, and held that Con Edison’s specifying the use of asbestos-containing products in the construction of its power plant constituted sufficient evidence of supervision and control to establish liability.[9] What followed was a tortured procedural history, and, ultimately, the New York Court of Appeals denied leave to appeal the lower appellate court’s decision in December.[10] The Brown decision is, therefore, the current law on the issue.

As the law has now developed, part of the focus in defending depositions will continue to be to establish that the defendant did not supervise the work that actually gave rise to the injury or the dust the plaintiff breathed. In addition, knowledge of the applicable specifications regarding the work at any site will now be key. For example, will there be evidence that the specifications were disseminated to the appropriate party? What did the specifications actually say (did they specifically require the use of asbestos or specific products that had asbestos, or did they merely establish a temperature limit without specifying asbestos?).

As the Labor Law continues to evolve, further strategizing on behalf of premises owners and general contractors will be necessary, and it will be essential to be as fully knowledgeable as possible of the applicable work specifications at a job site, including the years and contractors involved, before a plaintiff’s discovery deposition. Furthermore, the well-established rule that the evidence ultimately gleaned at the plaintiff’s discovery deposition will make or break a case thus remains as true as ever. 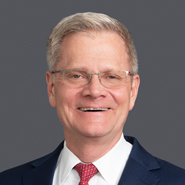