In July 2017, in O’Connor v. Aerco Intl., Inc., 2017 NY Slip Op 04587, the Supreme Court of the State of New York, Appellate Division, Third Department, reversed three trial court orders which had granted summary judgment to defendants in an asbestos-related product liability action venued in Saratoga County.  The Court held that “a defendant cannot prevail on a motion for summary judgment merely by correctly arguing that the record before a court on the motion would be one which, if presented at trial, ‘would fail to [satisfy a plaintiff’s] burden of proof and the court would be required to direct a verdict for the defendant[]’ (Yun Tung Chow v. Reckitt & Colman, Inc., 17 N.Y.3d 29, 926 N.Y.S.2d 377 [2011, Smith, J., concurring]).”

Established New York law supports the O’Connor Court’s application of a summary judgment standard wherein the moving party bears the burden of initially establishing its entitlement to judgment as a matter of law before shifting the burden to the non-moving party to demonstrate the existence of triable issues of fact.   However, the wisdom of this standard - particularly in asbestos lawsuits - is certainly worthy of debate.  Justice Robert S. Smith, in his concurring opinion in Yun Tung Chow, highlights the tension between the New York standard and United States Supreme Court precedent:

If a record identical to the present one were developed at trial, plaintiff would fail to meet his burden of proof and the court would be required to direct a verdict for defendants.  One might think, therefore, that the record would entitle defendants to summary judgment.  But one who thought that would be wrong under New York law, because the initial burden to make an evidentiary showing on summary judgment rests on the moving party.

The federal courts have a different rule, which would probably lead to a different result in this case.  As to issues on which the non-moving party would have the burden of proof at trial, the United States Supreme Court has rejected the idea ‘that the burden is on the party moving for summary judgment to produce evidence showing the absence of a genuine issue of material fact’ and has held instead that ‘the burden on the moving party may be discharged . . . by pointing out to the district court . . . that there is an absence of evidence to support the nonmoving party’s case.’ (Celotex Corp. v. Catrett, 477 US 317, 325 (1986)).  If we were writing on a clean slate, I might prefer the Celotex rule to ours, but we are not, and I am not urging a change in our law.  I am urging, however, that parties moving for summary judgment in the future be alert to the burden that the New York law places on a moving party.

Under the federal standard articulated in Celotex, summary judgment must be entered “after adequate time for discovery and upon a motion, against a party who fails to make a showing sufficient to establish the existence of an element essential to that party’s case, and on which that party will bear the burden of proof at trial.” Celotex, 477 U.S. at 322.  Under the federal scheme, the moving party is not required to "support its motion with affidavits or other similar materials negating the opponent’s claim.”  Id. at 323.

This begs the question:  if a record is void of evidence necessary to sustain a plaintiff’s burden at trial, why waste additional resources proceeding to trial?  Doing so would seem to undercut the very purpose of summary judgment as a pre-trial disposition.

Because of the latency of asbestos-related diseases, the acts or omissions often alleged to have caused a particular plaintiff’s injury typically occurred decades before the suit is filed.  As such, corporate representatives with personal knowledge of a defendant’s manufacturing, sales and/or distribution practices are frequently unidentifiable; similarly, records of actual sales are often unavailable.  Consequently, present-day corporate representatives tasked with confirming or denying a plaintiff’s claims of exposure to a company’s allegedly asbestos-containing products are hamstrung, left to rely only on a paucity of available records, if any, and knowledge of past corporate practices obtained through job experience.  Recently, several affidavits of corporate representatives attempting to satisfy defendants’ burden on summary judgment have been flatly rejected by the courts as conclusory and insufficient to meet the movant’s burden.

In DiSalvo, the First Department affirmed the trial court’s denial of defendant Neles-Jamesbury Inc.’s summary judgment motion because it “failed to meet its initial burden of establishing prima facie that its product could not have contributed to the causation of plaintiff’s asbestos-related injury[.]”  DiSalvo, 123 A.D.3d at 499.  The plaintiff had testified to working with Neles-Jamesbury valves in the 1970s at unidentified work sites.  In support of its summary judgment motion, Neles-Jamesbury submitted an affidavit of a former employee and argued that the plaintiff could not have been exposed to Neles-Jamesbury valves in the 1970s, because Neles-Jamesbury, Inc. did not exist until 1990.  See DiSalvo v. A.O. Smith Water Prods. Co., 2013 N.Y. Misc. LEXIS 4045 at *4 (Sup. Ct., New York County Sept. 11, 2013).  In evaluating the affidavit for summary judgment purposes, the trial court noted that “there is no documentary evidence submitted herein to support the defendant’s assertion that ‘Neles-Jamesbury, Inc.’ did not exist during the 1970’s when Mr. DiSalvo claims to have been exposed to ‘Neles-Jamesbury’ valves.”  Id.  In affirming the denial of summary judgment, the First Department held that the trial court properly rejected the affidavit as “conclusory and without a specific factual basis[.]”  DiSalvo, 123 A.D.3d at 499.

Similarly, in DeMartino v. Aurora Pump Co., 2016 N.Y. Misc. LEXIS 4108 (Sup. Ct., New York County, Oct. 27, 2016), the Supreme Court, New York County, denied defendant Aurora Pump Co.’s motion for summary judgment because it “failed to demonstrate that its pumps […] ‘could not have contributed to the causation of plaintiff’s injury[.]’”  Id. at *8 (citing Matter of New York City Asbestos Litig. (Berensmann), 122 A.D.3d 520 (1st Dept. 2014); Reid v. Georgia-Pacific Corp., 212 A.D.2d 462 (1st Dept. 1995); DiSalvo,supra.  In that case, the plaintiff claimed exposure to asbestos by virtue of his proximity to a coworker changing external flange gaskets on pumps manufactured by Aurora.  He testified that an unidentified individual told him that the flange gaskets contained asbestos, and that they were manufactured by Aurora.

In support of its motion for summary judgment, Aurora submitted an affidavit from its corporate representative, an Engineering Process Manager who joined the company in 1979 and who affirmed that Aurora did not sell, design, manufacture or specify asbestos-containing flange gaskets for use with its pumps.  The court rejected the affidavit as “conclusory” because, with respect to Aurora’s business practices prior to him joining the company in 1979, the corporate representative “does not acquire personal knowledge based on his review of unspecified documents and conversations[.]”  Id. at *8-9.

The DiSalvo and DeMartino decisions highlight the difficulty - and often the impossibility - facing asbestos defendants on summary judgment motions.  In order to succeed, they must prove a negative, and do so beyond a shadow of a doubt.  In DiSalvo, a corporate representative’s sworn statement that the company did not exist at the time of alleged exposure was deemed insufficient in the absence of corroborating documentary evidence.  In DeMartino, the person with most knowledge of the defendant’s business practices was deemed incapable of representing what the company did or did not do prior to his arrival.

This troublesome trend of requiring asbestos defendants to prove a negative on summary judgment expanded upstate with the O’Connor decision.  In that case, the plaintiff claimed that she developed pleural mesothelioma as a result of her work with laboratory equipment at the Westchester County Department of Labs and Research (“WCDLR”) between 1975 and 1979.  O’Connor, 2017 N.Y. App. Div. LEXIS 5355 at *2.Three of the defendants (Fisher Scientific Company, LLC, Thomas Scientific, Inc., and VWR International, LLC) (the “defendants”) were alleged to have supplied asbestos-containing products to WCDLR.  Id.  Certain former WCDLR employees, including the plaintiff, testified that asbestos-containing products were present in the lab during the relevant time period, but could not state that the defendants’ names, trademarks or logos appeared on those products.  Id. at *4.  However, certain deponents testified that they consulted defendants’ supply catalogs (as well as supply catalogs for other companies) to place orders for these types of products.  Id.  One former employee testified that WCDLR had contracts with two of the defendants, and another testified to having purchased supplies from the defendants on a regular basis.  Id. at *4-5.  Fisher Scientific’s interrogatory responses stated that it had no records of sales to WCDLR, which it qualified by pointing to the number of decades that had passed since the events in question and its adherence to standard records retention policies.  Id. at *4.

The trial court granted each defendant’s summary judgment motion, concluding that the plaintiffs had failed to adequately identify any of the defendants as a supplier of asbestos-containing products to which the plaintiff was exposed.  The Third Department reversed, stating that the defendants had failed to prove that their products could not have caused the plaintiff’s illness and that they could not rely on gaps in the plaintiff’s proof to establish entitlement to summary judgment.  Id. at *5.  The Court specifically found that Fisher Scientific’s lack of documentation of sales did not establish that it did not sell asbestos-containing products to WCDLR. Id.

The element of its decision and order which perhaps most strongly demonstrates the near impossibility of an asbestos defendant’s burden on a summary judgment motion is the Court’s rationale for rejecting VWR’s separate argument as to specific causation.  As part of its motion, VWR argued that the plaintiff was incapable of establishing specific causation pursuant to Parker v. Mobil Oil Corp., 7 N.Y.3d 434 (2006), which requires a plaintiff in a toxic tort case to offer a scientific expression of how exposure to a particular defendant’s product is capable of contributing to the development of the plaintiff’s disease.  The O’Connor Court rejected this argument, holding that “VWR had the initial burden of establishing that O’Connor lacked the necessary degree of exposure to its asbestos-containing products to cause her illness, and VWR offered no such proof.”  Id. at *6.  Logically, without any information confirming that the plaintiff was ever actually in contact with any of its products, VWR could not be expected to possess information regarding the level of exposure to asbestos released from its products, or whether such level was sufficient to contribute to the development of the plaintiff’s disease.  With no factual predicate for quantifiable exposure, proving that an unidentifiable level of exposure could not cause the subject disease is a literal impossibility.

As the asbestos litigation continues to age, with the events at issue having occurred long before the advent of computer technology and advanced recordkeeping practices, a corporate defendant’s ability to confirm or deny allegations levied against it will continue to erode.  The volume of asbestos lawsuits filed in New York does not appear to be dwindling, however, placing continued pressure on the trial court dockets.  In the asbestos litigation, where dozens of defendants are sued in each case, summary judgment would seem to be a desired and effective tool for separating the wheat from the chaff, allowing only the provable cases to proceed to trial, in keeping with the firmly-rooted policies at the core of the summary judgment procedure.  Recent applications of the summary judgment standard appear to be doing just the opposite:  ignoring the sufficiency (or lack thereof) of plaintiffs’ proofs and requiring defendants to meet a burden that is incapable of being satisfied. 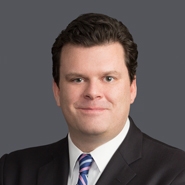