Despite the widely known correlation between cigarette smoking and lung cancer, asbestos defendants have spent the last few years battling the latest wave of asbestos litigation—smokers with lung cancer. Today’s defendants face a growing number of claims filed by current and former smokers alleging the “synergistic effect” of smoking AND asbestos exposure caused their lung cancer. Unfortunately, certain jurisdictions have been receptive to these claims, and would allow even the Marlborough Man to proceed on this theory of synergy, regardless of how tentative his asbestos exposure allegations may be.

A recent ruling from the Circuit Court of Baltimore City, however, illustrates how the assumption of risk doctrine can shift the focus from synergy to personal responsibility and extinguish these dim claims. This week, asbestos defendants obtained a significant victory when Judge Althea M. Handy granted summary judgment and dismissed five cases, finding plaintiffs assumed the risk of lung cancer by smoking cigarettes. In the consolidated group of cases set for trial on November 29, 2016, all five plaintiffs’ alleged asbestos caused their lung cancer.

Defendants moved for summary judgment, asserting the affirmative defense of assumption of risk. They argued each plaintiff’s voluntary decision to smoke, despite knowledge of the addictive nature and potential health risks posed by cigarette smoking, barred recovery. The smoking history of each plaintiff varied, but each had smoked thousands of cigarettes over the course of his life, with the individual number of cigarettes ranging from 459,900 to 10,950.

Assumption of risk serves as a complete bar to recovery under Maryland law, and requires a defendant show a plaintiff’s i) knowledge, ii) appreciation, and iii) voluntary confrontation of the risk of danger. In assessing the voluntariness of an act, Maryland courts apply an objective standard defined as when a “plaintiff had clear and reasonable choices to act or not to act, and then chose to willingly act.”

With respect to the first two elements, the Court followed precedent from a Maryland federal court and found plaintiffs knew and appreciated the addictive nature of cigarettes. This information had “been common knowledge for decades,” as evidenced by information provided by various media outlets since the 1920s. Similarly, the Court found plaintiffs knew and appreciated the adverse health risks posed by cigarette smoking, including lung cancer, which have been “obvious and generally known” since 1947.

Although plaintiffs attempted to rebut the “common knowledge” argument by highlighting the tobacco industry’s role in shaping public perception, the Court disagreed. It held that “‘existence of information downplaying the dangers of smoking’ does not undermine the ordinary consumer’s ability to contemplate the dangers of smoking.”

Concluding its analysis, the Court found plaintiffs voluntarily confronted the risks of cigarette smoking by continuing to smoke despite knowledge and appreciation of the risks—and after federal legislation mandating cigarette warning labels. Accordingly, no genuine issue of material fact existed regarding assumption of risk and recovery against the asbestos defendants was barred. The Court further found lung cancer to be a “single, indivisible injury incapable of apportionment” which prohibited plaintiffs from “apportioning causation or damages between smoking and asbestos.”

As evidenced by this recent order, the assumption of risk doctrine can serve as a powerful tool in an asbestos defendant’s arsenal when litigating lung cancer claims. Even in jurisdictions where it does not serve as a complete bar to recovery, effective development of this affirmative defense can potentially shift the focus from synergy to personal responsibility, and potentially lead to significant impact on potential damages. 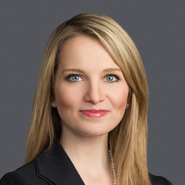