KANSAS CITY, Mo. — A federal court in Missouri has denied a defense motion for summary judgment in a lung cancer asbestos case, effectively putting argument on hold until it can be determined whether Kansas or Missouri law applies to liability claims asserted by a former auto parts worker.

Judge Greg Kays of the U.S. District Court for the Western District of Missouri said in a Sept. 12 decision that there was insufficient information in the record to determine whether the application of either state’s law would impact the outcome of the defendant’s request.

The ruling comes in a lawsuit brought against numerous defendants by John and Beth New, who allege that John New contracted lung cancer after being exposed to asbestos while working at various auto parts and repair businesses in Missouri and Kansas.

The News filed their complaint in Missouri’s Jackson County Circuit Court, and after it was removed to the Western District of Missouri, defendant Hennessy Industries filed a motion for summary judgment in which it argued that under Missouri law it could not be held liable for New’s alleged injuries. According to Hennessy, the News’ claims failed because none of its automotive brake machines ever contained or were designed to incorporate asbestos. Rather, Hennessy’s motion suggested that any asbestos that may have caused New’s lung cancer came from the product of a third-party for which it could not be held legally responsible.

Shortly after Hennessy filed its motion, the Federal-Mogul Personal Injury Trust claimed in a separate filing that deposition evidence revealed that New lived in Kansas and, as a result, it was entitled to summary judgment under Kansas law.

Briefing on the choice-of-law issue ensued, with the defendants arguing that an outcome-determinative conflict exists between Missouri and Kansas law and the plaintiffs insisting that no such conflict existed and, even if it did, that choice-of-law principles require application of Missouri law to the case.

Judge Kays, however, held that based on the record he could not effectively decide Hennessy’s motion for summary judgment because the parties’ supplemental briefing on the choice-of-law issue lacked any sufficient legal authority or argument to determine whether there exists a conflict between Missouri and Kansas law.

“The parties only make general citation to overarching principles from Missouri caselaw without providing any discussion of, let alone citation to, factually analogous cases supporting their positions,” the judge wrote. “For example, on the issue of whether a conflict exists, neither party provides more than a paragraph discussion supporting their opposing positions. Likewise, in their ‘most significant relationship’ analysis, the parties just generally cite to the Restatement factors without discussing any Restatement comments or caselaw on how those factors are to be applied in this type of case.”

Judge Kays added that if Hennessy and the News were the only parties in the case, the court would have little hesitation to apply Missouri law, but given the complexity of the matter and importance of the decision, he said the court requires more thorough and legally supported discussion from the two before ruling on the merits of Hennessy’s motion.

Copyright Note: This article was reproduced from the HarrisMartin Publishing Web site at www.harrismartin.com. While dissemination of this article via e-mail, fax or regular mail -- provided it has not been altered in any fashion -- is permitted, dissemination of multiple articles through any medium is prohibited without express consent from HarrisMartin. HarrisMartin Publishing - 30 Washington Avenue, Suite D-3, Haddonfield, NJ 08033 (610) 647-5500 - www.harrismartin.com - [email protected] 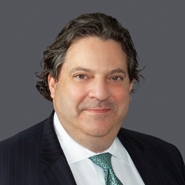