July 1, 2011 (Philadelphia, PA) – The Atlanta and Dallas offices won separate summary judgments for Union Carbide Corporation and The Sherwin-Williams Company in an asbestos case pending in the MDL-875. The Plaintiff asserted negligence claims against Union Carbide Corporation and The Sherwin-Williams Company, alleging that her father developed mesothelioma and died as a result of exposure to asbestos from multiple products, including joint compound, while working as a painter and while performing various home remodeling projects. After substantial briefing and oral arguments, the Court agreed that Plaintiff failed to raise genuine issues of material fact and granted summary judgment as to the negligence claims.

Jason Groch from the Atlanta office prepared Union Carbide Corporation's Motion for Summary Judgment and Reply to Plaintiff's Response to the Motion for Summary Judgment. In a joint effort, Jack Sibley won summary judgment for The Sherwin-Williams Company. In reaching both decisions, the Court relied substantially upon the deposition testimonies of fact witnesses. These were great victories for both clients against the Ferraro Law Firm, a very difficult and aggressive Plaintiffs' firm in Florida. 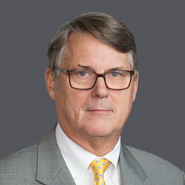