April 4, 2022 (Atlanta, GA) – Hawkins Parnell & Young senior partner Evelyn Davis and partner Elaine Shofner will join the women of Marist School in conjunction with UPS and Atlanta Habitat for Humanity in building a home for a single-mother household and their family on April 9. The firm is also a sponsor of the fundraising event, with funds contributing directly to the organization's twenty-second annual build and $80,000 annual goal.

The first all women build in the country was formed in 2001 when the Marist School women teamed up with Atlanta Habitat for Humanity. Each year, the women work together over the course of seven days to construct a house by completing tasks including laying floor decking, installing all details from columns to baseboards, and painting of the interior and exterior. 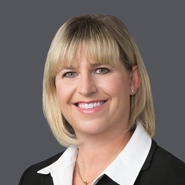