August 2, 2018 (Los Angeles, CA) – Hawkins Parnell & Young attorney Joe Connelly prevailed on a motion to quash service of summons in California for lack of personal jurisdiction on behalf of a national retailer. Without briefing, the Court of Appeal of the State of California, Second Appellate District issued a remittitur officially dismissing Plaintiffs’ appeal of the order granting the client’s motion to quash.

In his complaint and deposition testimony, Plaintiff alleged that his mesothelioma was caused by work with and around asbestos-containing products supplied by Hawkins Parnell’s client. During discovery, it became apparent that Plaintiff never worked with or around a product supplied by Hawkins Parnell’s client in the State of California. Plaintiff opposed the motion to quash arguing that an exception to Bristol-Myers Squibb should be carved out for asbestos cases because it was foreseeable asbestos exposure to the client’s products outside of the State of California could combine with exposures in multiple states, including other exposures that allegedly occurred in California. The Court rejected Plaintiffs’ invitation to deviate from the holding of Bristol-Myers Squibb. The Court found that Plaintiffs failed to present evidence that he worked with or around HPY’s client’s product in California, and thus found a lack of specific jurisdiction. 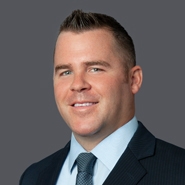