March 2014 (Fayetteville, GA) – After a four-day trial before Judge William Ison, David Marshall reached a favorable outcome for Hawkins Parnell & Young’s client on behalf of an excess insurance carrier and its insured. The case arose from a pedestrian accident that occurred when the plaintiff crossed a rural two-lane road and was struck by the driver’s vehicle resulting in catastrophic brain injuries rendering plaintiff permanently unable to walk or talk. The parties negotiated a cap on damages resulting in no financial exposure to the insured or the excess carrier. 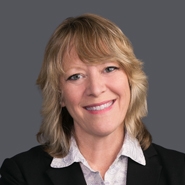