May 1, 2016 (Milwaukee, WI) – David R. Johanson and Douglas A. Rubel of Hawkins Parnell & Young secured a favorable ruling on a motion to compel discovery in an Employee Stock Ownership Plan and Trust (ESOP) case pending in the U.S. District Court for the Eastern District of Wisconsin.

In this duty of prudence, loyalty, and ESOP valuation case, the Secretary of Labor alleges that the individual and trust Defendants sold improperly valued company stock to a company sponsored ESOP in violation of the provisions of the Employee Retirement Income Security Act of 1974, as amended (ERISA). HPY requested discovery in defense of these claims and in response the Secretary of Labor provided a fraction of the requested documents based on claimed privileges. After a consensus was not reached regarding production of additional documents, HPY moved for its clients to compel production of discovery based on failure to adequately claim privilege. In ruling on HPY’s motion to compel, the Honorable Rudolph Randa entered an order requiring the Secretary of Labor to produce previously withheld and redacted documents. 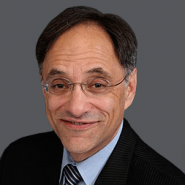