August 22, 2016 (San Francisco, CA) – Hawkins Parnell & Young, a national litigation firm, obtained a dismissal with prejudice and order with conditions for Prime Factors, Inc., a Georgia corporation with its principal place of business in Oregon, from Protegrity Corporation, a Cayman Islands corporation, and Protegrity USA, Inc., a Delaware corporation with its principal place of business in Connecticut, in their patent cases pending as part of a MDL in the U.S. District Court for the Northern District of California. Prime Factors was represented by Carl H. Anderson of HPY's Atlanta office.

Protegrity conceded that Prime Factors never infringed and has abandoned all others claims for a stable of more than fifty patents that it could have made through the date of the dismissal order. 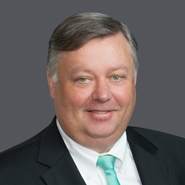