Plaintiffs, the decedent's wife and daughter, claimed that Roy Booth's mesothelioma was caused by his work with HPY's client's gasket and packing products during his service aboard ships in the Navy from 1967 through 1985.

The trial team won a nonsuit after the close of Plaintiffs' evidence on all design defect claims. In granting the nonsuit, the court found that the gaskets and packing products conformed to reasonably precise military specifications. Thus, the claims were barred by the military contractor affirmative defense pled by HPY's client. Only Plaintiffs' failure to warn claims were submitted to the jury. The jury specifically found that John Crane Inc.’s alleged failure to warn about its products was not a substantial factor in causing Roy Booth's mesothelioma. 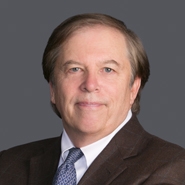