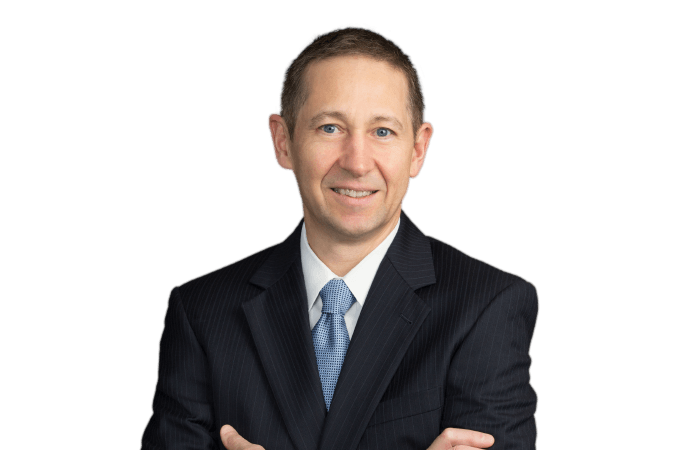 In a decision which should provide out-of-state defendants with renewed optimism for securing a dismissal in cases with no alleged asbestos exposure in New York, Judge Peter Moulton, presiding judge in the New York City Asbestos Litigation (NYCAL), ruled that the court lacked both general and specific jurisdiction over a non-domiciliary corporation that was sued in New York for injuries that allegedly resulted from plaintiff’s exposure to asbestos-containing floor tile outside of New York. See Trumbull v. Adience, Inc.(Sup Ct, New York County, March 8, 2017, Moulton, J., Index no. 190084/16).

At the outset, the Court found that the defendant corporation, American Biltrite, Inc. (“Amtico”), was not subject to general jurisdiction under the U.S. Supreme Court’s decision in Daimler A.G. v. Bauman, 134 S. Ct. 746 (2014), as it was neither incorporated in nor maintained its principal place of business in New York, and thus could not be considered “at home” in New York.

The Court then turned its attention to Amtico’s argument that it was not subject to specific jurisdiction because plaintiff’s suit did not “arise out of or relate to the defendant’s contacts with the forum.”  In addressing the proper legal standard to be applied, the Court noted that plaintiff’s reliance on the California Supreme Court’s decision in Bristol-Myers Squibb v. Superior Court, 377 P.2d 874 (2016) was “misplaced,” and that the controlling law was New York’s long-arm statute (CPLR 302). The Court pointed out that New York’s long-arm statute “narrowly authorized” a court to exercise specific jurisdiction over a defendant when: (1) the tort arises in the state and from a defendant’s transaction of business in the state; (2) a tortious act is committed within the state; or (3) a tortious act is committed outside of the state causing injury in the state (see CPLR 302(a)(1)-(3)).

In analyzing specific jurisdiction under the long-arm statute, the Court found that CPLR 302(a)(1) did not apply because even if Amtico transacted business in New York, plaintiff failed to allege exposure to Amtico floor tiles in New York. Thus, the Court found no “articulable nexus or substantial relationship between [Amtico’s] New York activity and the claim asserted.” The Court also found CPLR 302(a)(2) to be inapplicable since it only applies where defendant’s wrongful conduct is performed in New York and, in this case, plaintiff’s only alleged exposure to Amtico floor tile occurred outside of New York.

The Court then tackled what was, perhaps, plaintiff’s strongest argument for exercising personal jurisdiction over the defendant in this case: CPLR 302(a)(3). The Court noted that for this provision to apply, not only must the plaintiff demonstrate that the defendant committed “a tortious act without the state causing injury to person or property within the state,” but he must also establish that the non-domiciliary company: (i) regularly does or solicits business, or engages in any other persistent course of conduct, or derives substantial revenue from goods used or consumed or services rendered, in the state, or (ii) expects or should reasonably expect the act to have consequences in the state and derives substantial revenue from interstate or international commerce. (See CPLR 302(a)(3)(i)-(ii)).

Initially, the court noted that unlike CPLR 302(a)(1), CPLR 302(a)(3) does not require that a cause of action “arise from a defendant’s out-of-state activity.” (emphasis in original). It then found that while it was undisputed that defendant’s alleged tortious actions occurred out of state (i.e., in Missouri), plaintiff failed to allege that his out-of-state exposure “caused ‘injury to person or property within the state.’” Thus, the court noted that even though plaintiff was diagnosed with mesothelioma in New York and received some medical treatment in New York, “plaintiff makes no argument as to how defendant’s actions caused ‘injury to person or property within the state.’”

While the court could have ended its analysis there, it went on to explain why, even assuming Amtico’s alleged tortious conduct in Missouri caused injury within New York, plaintiff failed to meet the requirements of either subsection (i) or subsection (ii) of CPLR 302(a)(3). Critical to its analysis, the court found that subsection (i) was to be construed at the time the lawsuit was brought.  The court noted that cases decided under New York’s general jurisdiction statute (CPLR 301) refer to companies’ business transactions “at the time a suit is brought.” The court also analyzed the legislative intent of CPLR 302(a)(3)(i), which it found extended jurisdiction only to those “who have sufficient contacts with this state so that it is not unfair to require them to answer in this state for injuries they cause here by acts done elsewhere.” The court also cited the New York Court of Appeals decision in Ingraham v. Carroll, 90 NY2d 592, 597 (1997), interpreting this provision to require “some ongoing activity within New York.”  Thus, the Judge opined that “some existing rather than past presence” in the state is required, otherwise “it would be unreasonable to expect a company without current transactions within a state to respond to a lawsuit there.”

With respect to the nature of a company’s business transactions in New York, the court found that the plaintiff made no showing that at the time he commenced his lawsuit in 2016, Amtico “regularly does or solicits business … in the state” or “engages in any other persistent course of conduct … in the state.” The court based its finding on the fact that “neither Amtico’s operation of a lone showroom nor its past advertising in New York in the 1960s and 1970s are sufficient to establish a current and ongoing presence within the state.” The court also observed that even if Amtico sold asbestos-containing products in New York at the time of plaintiff’s alleged exposure, and had previously generated portions of its revenue in New York, plaintiff failed to show that it “presently derives substantial revenue from goods used or consumed or services rendered in the state.” (emphasis added).

Finally, the court found that plaintiff failed to satisfy either the “foreseeability” or “interstate commerce/substantial revenue” prongs of CPLR 302(a)(3)(ii). While again noting the paucity of cases addressing the timing issue, the court determined that this provision also required a company to “have an existing presence within a state at the time that it is sued.” In analyzing the “foreseeability” prong, the court noted that the test as to whether a defendant expects or should reasonably expect its act to have consequences within New York, was an objective rather than subjective one. All that must be found is that “the presence of defendant’s product in New York with some potential consequence was reasonably foreseeable rather than fortuitous.” The court found that “[u]nder these facts, there is no basis to conclude that Amtico should have foreseen that its alleged tortious act of including asbestos in its floor tiles in Missouri would have consequences in New York.”  As for the “interstate commerce/substantial revenue” prong, the court found “no evidence of current sales” and noted that Amtico was last registered to do business in New York in 1982.

Giving plaintiff every benefit of the doubt, Judge Moulton also analyzed plaintiff’s arguments based on Bristol-Myers, and the New York Court of Appeals’ decision in Licci v. Lebanese Canadian Bank, SAL, 20 NY3d 327 (2012). The Judge opined that even if he were to disregard New York’s long-arm statute, plaintiff’s attempt to analogizeTrumbullto Bristol-Myers based on Amtico “purposefully availing itself of the New York market,“ was “unpersuasive.” He also distinguished Trumbull from Licci on its facts, noting that there was “no articulable nexus between Amtico’s single jewelry showroom and office as well as intermittent marketing in the 1960s and 1970s that ties those activities to plaintiff’s alleged exposure to asbestos floor tile in Missouri.”

Judge Moulton’s decision in Trumbull provides foreign defendants sued in NYCAL with a strong argument for dismissal based on lack of personal jurisdiction in cases where plaintiff does not allege asbestos exposure to defendant’s product in New York.  Defendants’ are most likely to be successful in such cases where, at the time they were sued, they were not engaged in the solicitation of business or a persistent course of conduct in New York, did not derive substantial revenue from products in New York, and would not have expected their allegedly tortious actions to have consequences in New York. While some issues remain unclear (e.g., what does plaintiff need to show to establish defendant’s actions caused “injury to person … within the state”), this decision should inspire defendants who are not “at home” in New York (no general jurisdiction), and not currently transacting business in New York (no specific jurisdiction), to seek dismissal based on lack of personal jurisdiction in cases where plaintiff has not claimed exposure to asbestos from defendant’s product in New York.